Adorable video in tribute to the dedication of brilliant Irish GAA mammies. We’re not crying… you are! 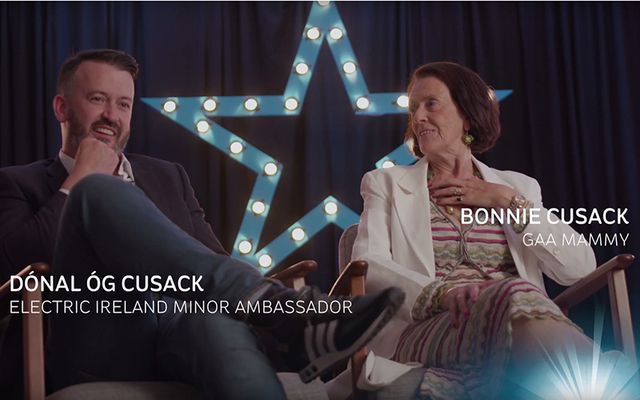 From washing tons of dirty football kits to driving the length and breadth of the country to bring their sons and daughters to matches and training, Irish mammies are one of the many vital parts of the community support system that help keep the Gaelic Athletic Association (GAA) an integral part of Irish life.

Without their mothers' support, many football and hurling players would have a much tougher time keeping on top of the rigorous training schedules, especially at minor level where so many of them have to study for exams and try to keep on top of homework as well as training several times a week for their club and county.

In tribute to the irreplaceable Irish GAA mammies, Electric Ireland decided to test just how well these former top level stars and current minor players know their mothers in a game consisting of a round of questions similar to “The Newlywed Game” game show.

How well do Irish mammies and their famous GAA sons know each ...

Posted by IrishCentral.com on Wednesday, July 26, 2017

The result is adorable, if not a little embarrassing for the players taking part. Their their mothers reveal some questionable fashion choices and mishaps with fake tan as well as the extent of their own enthusiasm expressed from the sidelines while their sons were playing important games.

“It was great fun although I fully stand by all my fashion choices!” said Cusack, the man regarded as the best goalkeeper of his generation, who made 54 appearance on the inter-county Cork side.

“It was nice to remind her how much I appreciate all she’s done. Look at the minors for example. There are mammies all over the country driving these lads to training, doing their washing and generally encouraging them. They’re a huge part of enabling the next generation of stars to reach their potential.”

“Practically had 16 players,” McConville said of his mother running along the sideline while he was playing a match in elementary school.

“There could be 82 and a half thousand people in Croke Park and I’d still be able to pick out the voice.”