An incredible harvest moon will light up the skies tonight

The Harvest Moon 2017 takes place tonight. Here’s all you need to know about this special October full moon. 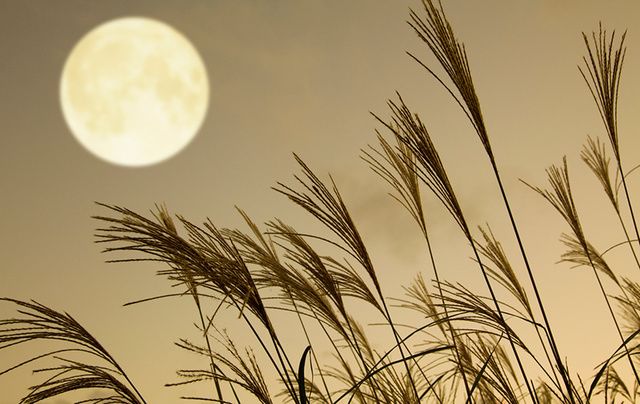 The closest full moon to the fall equinox, the Harvest Moon used to mark the time of year when crops were brought home for the winter.

This Thursday night, keep your eyes to the skies to see the spectacular Harvest Moon, a special full moon that only happens in either September or October each year.

While the moon itself will shine brightly the whole night through for all of the world, certain countries may also be able to catch a slight glimpse of Neptune as the moon passes over it while the predawn hours will show Mars and Venus together in the predawn hours.

To get you set up for October 2017’s Harvest Moon, we have everything you need to know about the special lunar orb and the happenings in the celestial skies before tonight.

What is a Harvest Moon?

The Harvest Moon is the name given to the full moon that happens closest to the Autumn Equinox throughout the Northern Hemisphere. The equinox, which took place last September 22, was one of the two times a year when the Earth's equator is almost directly in line with the center of the sun, the other being at springtime.

It is given this title because it is generally the time when the harvest was being completed and crops brought in and stored for the winter. While the title was originally awarded by the Native Americans, the moon is in celebration of the start of the harvest while the Celtic Festival of Samhain around a month later is a party held to give thanks for its end.

Read more: View from Ireland 48 years ago today when America landed on the moon

“The previous one was in 2009, but the one before that was 2006, and the next one will be in 2020,” Ernie Wright, a specialist at the NASA Goddard Space Flight Center Scientific Visualization Studio in Maryland, told National Geographic.

What is a full moon?

The Harvest Moon is simply a name given to a full moon occurring at this time of year. A full moon rises when the moon is at the opposite side of the Earth to the Sun. On most occasions, the sun, earth, and moon won’t completely line up meaning that the sun is still free to shine its light on the moon making it visible on earth. If the three celestial bodies do line up, however, an eclipse of the moon takes place with the moon appearing to us on the ground as a brown or muddy red color because of the limited light it is receiving from the sun.

When is the October 2017 Harvest Moon?

The 2017 Harvest Moon will take place tonight, October 5. Let’s hope for clear skies we can all catch a glimpse of this special full moon.

How to watch for the Harvest Moon?

As long as the clouds stay away simply tilt your head up to the sky and take in this incredible natural sight.

Unfortunately for us based in the US, the moon will officially reach its complete full phases at 2.40pm EDT (18.40 GMT) so we will miss the 100% show but to the naked eye, there won't be any way to tell that it’s anything less than a full moon.

Will you be looking up at the Harvest Moon tonight? Let us know where you're viewing from in the comments section, below.