It’s believed that a photographer managed to capture the first image of the famous ghostly apparition the Grey Lady at the Dark Hedges. 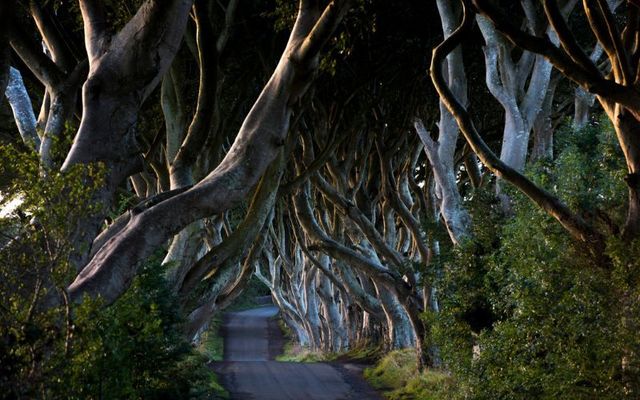 In Stranocum, Co Antrim, a location made famous in the HBO series “Game of Thrones,” there has long been a legend of the ghostly Grey Lady, but she has never before been captured on camera.

Editor's note: Did you know The Irish Heritage Tree, founded by IrishCentral, is a program supported by the Tree Council of Ireland that lets you plant your own native tree in Ireland and dedicate it to someone special? Click here to find out more.

Gordon Watson, a photographer from Ballycastle, got quite a shock when he processed his film from the day's shooting in 2014 and spotted the wispy shape at the center of the photo.

Kevin McAuley, another well-known local photographer, examined the photo and insists that there’s no way it has been digitally enhanced. He said at the time: “It looks like a dress going towards the shape of a figure and it’s at this end of the trees where the Grey Lady has been seen by a variety of people over the years.

“This is the only known version ever to have been recorded in any fashion.”

These opposing rows of beech trees were planted to create an impressive lead up to an estate in Northern Ireland. As they matured they began to bend over the road, and eventually formed a shadowy tunnel that's become known as "Dark Hedges." They even have their own ghost story. pic.twitter.com/zMy9WbyVHR

The Grey Lady is said to haunt the spooky road surrounded by ancient beech trees. Legend has it that she glides along the road and vanishes as she passes the last beech tree.

Some believe the ghost to be that of a maid from a nearby house who died in mysterious circumstances hundreds of years ago. Others think she is a lost spirit from an abandoned graveyard, in the fields nearby.

The Dark Hedges is one of the most photographed natural phenomena in Northern Ireland. The avenue was planted two hundred years ago to impress visitors as they approached the entrance to the Georgian mansion, Gracehill House. Recently it has become even more popular as it was featured in the smash hit show “Game of Thrones” representing the King’s Road.

Check out the photo of the Grey Lady snapped in Northern Ireland here: 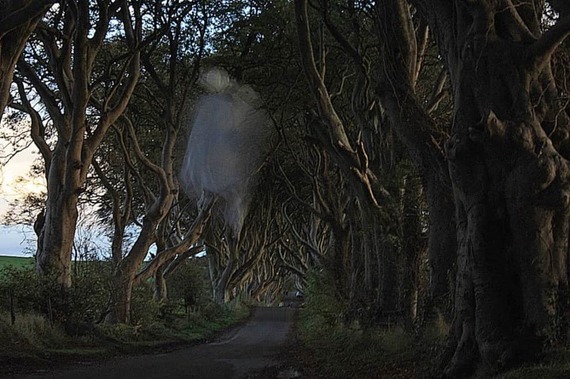 What do you reckon? Is it the Grey Lady?