WATCH: Irish comedy trio's "Give Us the Vax" song sums up Ireland's emotions

A good auld Irish trad song, Foil Arms and Hog's latest tune "Give Us the Vax" hits the nail on the head about Ireland's feelings toward the seemingly never-ending lockdown. 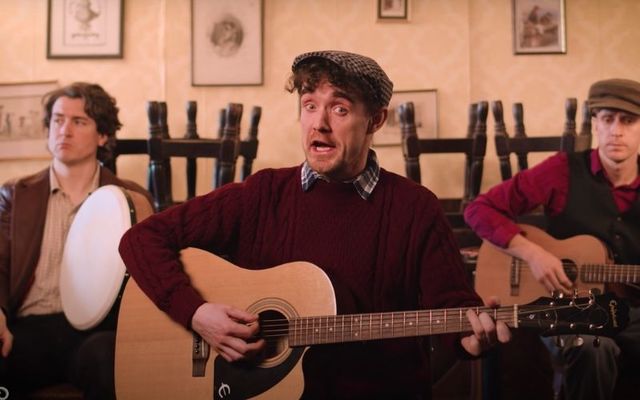 Foil Arms and Hog's newly released "Give Us the Vax (The Vaccination Song)" sums up the emotions of most people in Ireland after more than a year of varying levels of lockdown.

Foil Arms and Hog's latest release "Give Us the Vax (The Vaccination Song)," in the form of that good auld Irish trad song, perfectly encapsulates the Irish people's feelings in April 2021 as the vaccine roll out continues and we're all seeing a little light at the end of the tunnel.

While the US and England are both enjoying a swift rollout of vaccines, and the UK began to ease restrictions this week, Ireland is just waiting until it's their turn at a little relief. To say we're a little jealous is an understatement.

Of course, what Ireland does have to look forward to is "the lads and the craic (fun)" once restrictions are lifted and non-essential businesses including pubs and restaurants are reopened.

Like the lads sing in their new release, we'll be "on the lash" (partying) for sure!

Foil, Arms and Hog is made up of Sean Finnegan, Conor McKenna, and Sean Flanagan. The Irish sketch group performs on TV, radio, the stage, and YouTube, where they've racked up over 538k subscribers.

The group works out of an office in Dublin where they write, film, and edit their own sketches for their YouTube channel. The popular comedians release a new video every Thursday, sometimes topical, but mostly completely random.

To support Foil, Arm and Hog and find out more visit Patreon.com/foilarmsandhog.