John Nallen trained Minella Times for a short period and celebrated the horse's sensational victory at the English Grand National in a now-viral video. 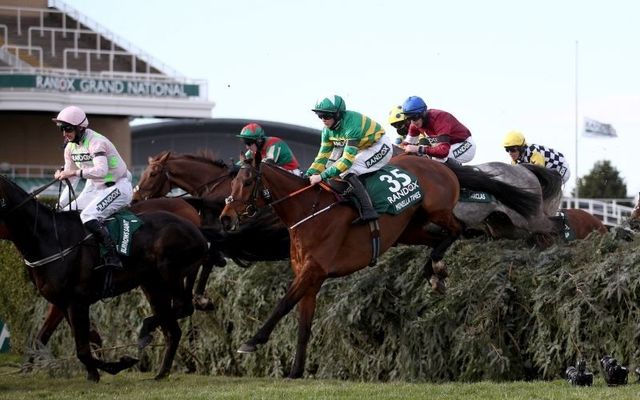 A Tipperary horse trainer went viral on Saturday due to his fantastic reaction as he watched a horse he once owned win the prestigious English Grand National at Aintree.

John Nallen bought Minella Times in 2013 and trained the horse for a period before selling him to Irish businessman JP McManus.

The horse is now trained by renowned Irish trainer Henry de Bromhead and won a historic victory in a compelling race at Aintree on Saturday when Irish jockey Rachael Blackmore became the first woman to win the Grand National in its 182-year history.

For John Nallen, Minella Times' victory was a source of huge pride, even though he sold the horse several years ago.

The Tipperary trainer was filmed emotionally screaming at the top of his voice as Minella Times raced into the lead during the final furlongs of Saturday's steeplechase.

The incredibly human and emotional reaction to Minella Times and Rachael Blackmore's famous victory has spread like wildfire on social media, generating more than 230,000 views on Twitter alone.

Here he is watching his former pupil winning the @RandoxOfficial Grand National today! 😍🙌

Nallen named the horse after Hotel Minella - a hotel that he runs in the Tipperary town of Clonmel - and he has named several horses after the Tipperary establishment.

It has been an incredibly successful year for Nallen's former horses; Minella Indo - another horse formerly trained by Nallen - won the prestigious Gold Cup for Henry de Bromhead and Irish jockey Jack Kennedy.

Meanwhile, Minella Times' victory on Saturday was a cause for dual-celebration in Tipperary, which is also home to history-making jockey Rachael Blackmore.