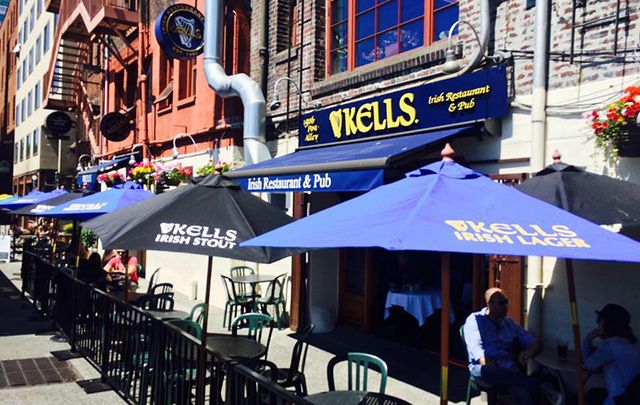 Ghost hunters, bartenders, and patrons have all witnessed some spooky goings on in the Irish pub, which was built over a 1900s mortuary.

The mortuary, in the Butterworth building, had been purpose-built in the early 1900s to deal with the flood of dead bodies resulting from the spread of disease, mining accidents, and violence.

The bar’s owners agree that the dark history has clung to the establishment. Otherworldly forces, including mirrors shattering, plaster falling from the walls and glasses inexplicably falling to the ground, have convinced them that there’s paranormal activity going on at this Irish watering hole.

Karen McAleese, a sister of the bar’s owner, told the Seattle Times that on All Saint’s Day 2005 she saw something she still cannot explain.

She said: “He was a tall man who looked like he was part black, with a suit jacket on …He had very thin hands. He walked to the end of the bar and just kind of faded.”

McAleese and others believe this was one of the millions of spirits that passed through the building back when it was E.R. Butterworth and Sons Mortuary.

The mortuary was purpose built in 1903 to handle the hundreds of dead bodies piling up in the city due to a diphtheria epidemic, poor sanitation, mining accidents, and violent crimes. The Butterworth mortuary handled the burial of everyone in the city.

One Seattle story tells of those dead who arrived at the mortuary had been patients of Doctor Linda Hazard, a physician who believed she could treat disease with starvation. She starved her patients, feeding them only a thin broth and giving them regular enemas.

In 2010, the Travel Channel’s show “Ghost Adventures” visited the pub. The hosts of the show claim they snapped photos of a disfigured child sitting on the steps in the bar. They also reported the sound of footsteps and tortured whispers.

Here’s footage from “Ghost Adventures” at the pub: