Dave Grohl says Ireland brings him a "sense of joy" as he remembered his first Irish concert in Cork alongside Nirvana in 1991. 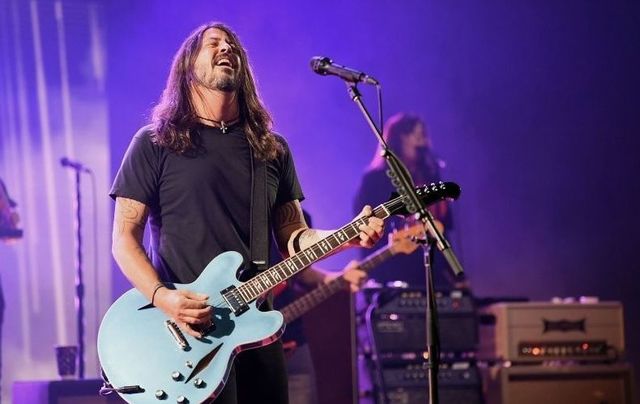 Foo Fighters frontman Dave Grohl has revealed that Ireland brings him a "sense of joy" as he remembered his first Irish concert in 1991.

Grohl, who previously played drums with grunge band Nirvana, spoke to Ryan Tubridy on Ireland's Late Late Show about his first trip to Ireland in 1991 when Nirvana supported Sonic Youth in Sir Henry's in Cork.

Grohl said he had some Irish heritage on his mother's side - her maiden name is Hanlon - and recalls being blown away during his Irish visit thinking that all Irish women looked like his mother.

"I think we were in Cork and I woke up and decided to walk around town before the show," Grohl told Tubridy.

"As I was walking around, I realized that all the women looked like my mother. I immediately got on the phone and called her and said, 'Mom, you have got to come here! Everybody looks like you! You have to see this."

We loved this chat with Dave Grohl!

The Nirvana and @foofighters legend tells us about the time he came to Ireland and discovered all Irish woman look like his mammy ☘👩 #LateLate pic.twitter.com/ayBs62Twu1

The Foo Fighters frontman said that he brought his mother and sister over to Ireland the following year before Nirvana played a festival in Reading in the United Kingdom and said that they had a "good week of driving" in the south of the country.

"We capped it off staying at Adare Manor. We had never stayed in a castle before, so this was really a huge moment."

He also heaped praise on his Irish fans, stating that Ireland is one of his favorite places in the world.

"Of course, for years with Foo Fighters coming over, we have dear friends there. We have had amazing shows there. It's one of my favorite places in the world. It's beautiful.

"The thing about Ireland, when you play a show there, there is a sense of joy. It's a really rowdy bunch; it is this collective feeling of joy."

Grohl appeared on RTE's Late Late Show the same day as the release of Medicine at Midnight, the tenth studio album from Foo Fighters.