Irish hotel Adare Manor in Co Limerick was named the Best Hotel of the Year for 2018 at the Virtuoso ‘Best of the Best Awards’ in Las Vegas. 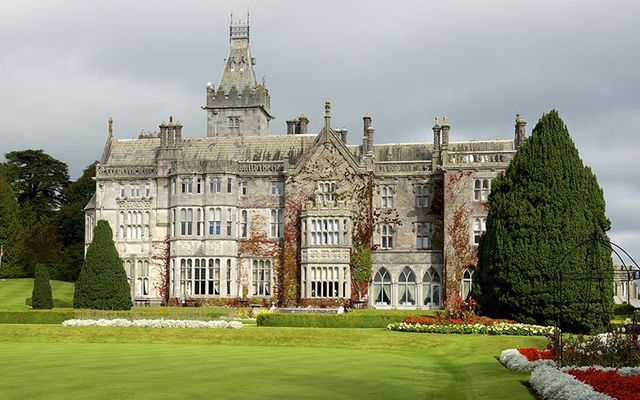 An Irish hotel took the top prize at Virtuoso's 'Best of the Best' Las Vegas awards in 2018.

Irish hotel Adare Manor in Co Limerick was named the Best Hotel of the Year at the Virtuoso ‘Best of the Best Awards’ in Las Vegas in 2018.

The prestigious award was presented as part of Virtuoso’s Travel Week in Las Vegas, the largest luxury travel trade show in the world. Virtuoso is a network of high-end travel agencies with more than 17,500 advisors worldwide and a portfolio of almost 1,700 partners.

The Irish resort beat out four other hotels for the Best Hotel prize: Berkeley in London; Grand-Hotel du Cap-Ferrat in St Jean Cap Ferrat, France; One & Only Le Saint Geran in Mauritius, and Royal Mansour in Marrakesh.

The recognition comes less than a year after Adare Manor reopened following an extensive 21-month refurbishment project. The five-star resort now boasts 104 bedrooms which all have king- or super-king-sized beds and views of the river Maigue. On the resort, grounds are a championship golf course, extensive gardens, fine dining, and the only La Mer Spa in the British Isles.

The Virtuoso Award is the second major recognition for Adare Manor this year. In May, The Condé Nast Traveler included the Irish resort on its 2018 Hot List.

Following the award, Colm Hannon, chief executive of Adare Manor said: “The international competition within the luxury ‘Hotel of the Year’ category was outstanding this year and it is with great pride that we bring this worldwide award back to Ireland and Limerick.

“We are delighted to receive this worldwide recognition, as it is a testament to the wonderful resort we have here today and its special surroundings, which were meticulously restored and enhanced with newly designed features, following significant investment from its owners.”

Check out this video from Adare Manor about their recent refurbishments:

Have you stayed at Adare Manor? Share your experience below!