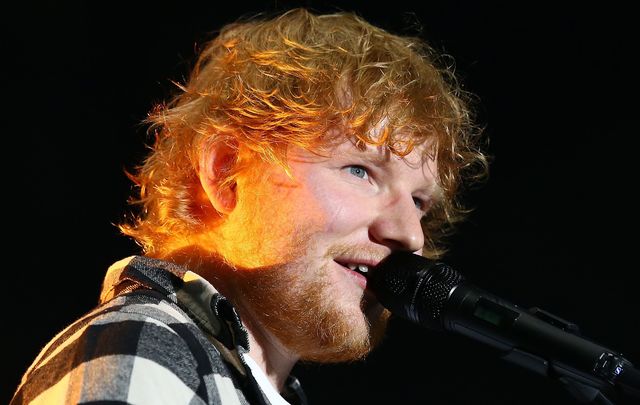 Precious ginger kitty named after Ed Sheeran is up for adoption

How Would You Feel if we told you we found a ginger cat named Ed Sheeran on Instagram?

We’re only Thinking Out Loud, but Ed Sheeran the cat, as shared by @PaulTheCatGuy on Instagram, is one of the most precious little kitties we’ve ever seen.

On Instagram, @PaulTheCatGuy focuses on “Saving & improving the lives of homeless cats & kittens in NYC.”

ED SHEERAN ED is a playful 3.5 month old kitten who I rescued over the summer. He purrs nonstop and enjoys being held. If you are interested in adopting him please send me a message. Thanks guys. #kittens #kittensofinstagram #rescuekitty #gingercat #gingerkitten #adoptdontshop #meow #animalrescue #savinglives #makingadifference #nodaysoff #rescueacattoday #addictedtorescue #astoria #queens #nyc #paulthecatguy

Paul writes, “Ed is a playful 3.5 month old kitten who I rescued over the summer. He purrs nonstop and enjoys being held. If you are interested in adopting him please send me a message. Thanks guys.”

Give Me Love, kitty Ed Sheeran!

Singer Ed Sheeran is a feline fanatic himself - the Castle on the Hill crooner has his own Instagram for his two cats Dortio and Calippo named @thewibbles:

Read More: Ed Sheeran used to busk on the streets of Galway, now he’s playing two sold out concerts there

In fact, Sheeran, who has strong Irish roots, performed for some lucky cats while in Tokyo in 2014 (click through to 3:30):

Is your pet named after anyone famous? Share in the comments!