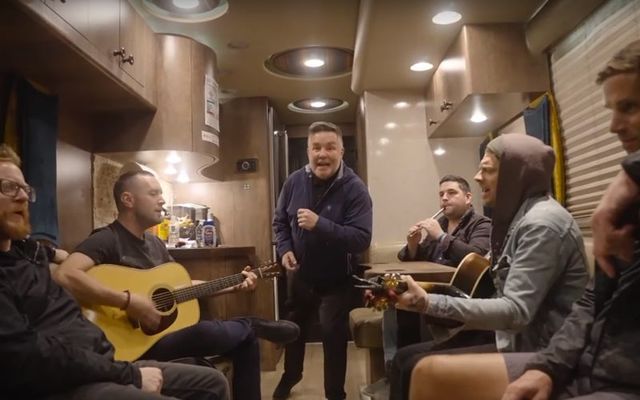 Dropkick Murphys, the Irish American rock group from Boston, put their own spin on "The Wild Rover" in honor of Seamus Power's victory at the 2022 Butterfield Bermuda Championship, according to PGATour.com.

Dropkick Murphys' special "The Wild Rover" performance, shared from the band's campervan and posted to the PGA Tour's official Twitter page, is sung by the band's lead singer Ken Casey.

Co Waterford native Power, 35, sealed a one-shot victory over Thomas Detry at the Bermuda championship on October 30. The win will increase his chances of qualifying for next year's European Ryder Cup team in Rome, reports Balls.ie.

The Dropkick Murphys, who congratulated Power on his win, performed "The Wild Rover" with some slightly changed lyrics:

Here are the lyrics to Dropkick Murphys' 'The Wild Rover' for Seamus Power:

He tees up the rock, and then he lets it fly."

"He just won the Butterfield, he's coming for the rest."

"Go on now young Seamus, he'll soon be the best."

"Well he played the Korn Ferry, a no never no more."

Speaking to SiriusXM PGA Tour Radio, Power called the tribute a "highlight," saying "I like quite a bit of their music and to see it, it was amazing."

It's not often that a winner of the Butterfield Bermuda Championship gets a song dedicated to their win, but for Seamus Power his win was celebrated by the Dropkick Murphys! Hear Power's reaction to the song on #InsideTheRopes!@Power4Seamus | @DropkickMurphys | @PGATOUR pic.twitter.com/K4LsswDou4