Neighbors on Galtymore Road in Drimnagh, south Co Dublin are keeping their spirits high on Saturday nights with socially distanced raves that include a DJ, strobe lights, and dancing. 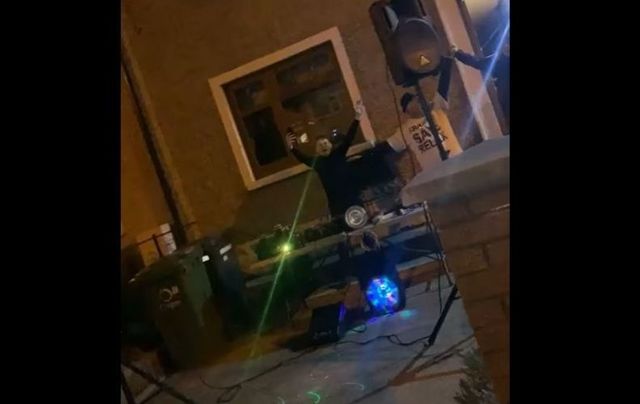 Neighbors on Galtymore Road in Drimnagh, south Co Dublin are keeping their spirits high on Saturday nights with socially distanced raves that include a DJ, strobe lights, and dancing.

Lauren Shortt, whose videos of her neighborhood's Saturday night parties have gone viral, told IrishCentral that the raves were partly inspired by Ireland's national round of applause which was hosted on March 26.

Shortt shared a touching video from one of her neighbors that showed the locals coming outside of their houses to sing "You're Simply the Best" as a show of appreciation to Ireland's healthcare workers.

In her post, Shortt said "Can't beat my neighbors:"

After the national round of applause, Shortt said that her neighbor Alan, a former DJ, came up with the idea to host sing-along that Saturday night, March 28.

Not surprisingly, the good-spirited neighbors joined together (while keeping  apart!) for what looked like to be a cracker of a party that included sing-alongs to "We are the Champions" and "I Will Survive:"

Shortt said that  Galtymore Road's first party was "such a hit" that they hosted round two on April 4, which even included a drive-by appearance by local gardai who got in on the fun:

Shortt said that she and her neighbors hope to see the Saturday night parties continue, as long as weather permits and gardai continue to give their blessing.

How are you and your neighbors keeping entertained during quarantine? Let us know in the comments!