WATCH: Dubliners get creative with "balcony bingo" during shutdown

A housing estate in Dublin turned to balcony bingo to break the tedium of social distancing. 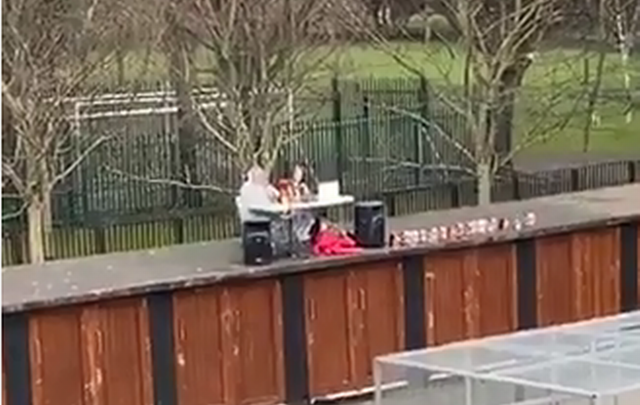 The ingenuity of a Dublin housing estate during the Covid-19 social distancing restrictions has won the hearts of the Internet!

First, quarantined Italians sang arias across the rooftops; then the Spanish and the French opened their windows to applaud medical personnel; more recently the Irish turned to balcony bingo to beak the tedium of social distancing.

By Monday, a video of Ireland’s balcony bingo players in Ringsend, Dublin, was viral on social media and had more than a million views.

Michael Larkin, who invented balcony bingo at the flats complex in Canon Mooney Gardens in Ringsend, expressed amazement at how far and how fast his novel approach to bringing isolated people together in the middle of the coronavirus crisis had spread.

After two sessions on Friday evening and Sunday afternoon, Larkin’s phone lit up with calls coming from as far apart as Washington and Australia.

Residents of the apartments observed the two-meter social distancing government instruction by sitting alone on their balconies and, eyes bent, marking their cards in response to calls from Larkin using a public address system.

There were prizes of Easter eggs for the kids. There were other offers for adults including much sought-after toilet rolls.

Larkin told The Irish Times that he had been “in lockdown with the kids” last week when he had the notion to arrange a game of bingo for his neighbors in a fashion which would strictly adhere to all the social distancing rules in place around the country.

He had never organized or even played, a bingo game in his life but when the community activist suggested it to his family they reckoned he was on to a winner.

So he got kitted out in a white disposable boiler suit, mask and gloves and, with electricity borrowed from a neighbor, set up a bingo stall on the roof of “the pram sheds” in the complex.

While the game was getting underway and people were getting their bingo cards, from a safe distance his daughter Hollie used the PA system to play music.

She said, “I played music for half an hour while the bingo cards were being distributed, to ensure everyone was occupied. I played a bit of Tina Turner and Whitney Houston.”

The complex has a lot of elderly residents and is also home to some families. None had been allowed to leave their homes in recent days.

Larkin said, “This is all about helping to connect people and keep them safe.”

Given the success of the event, plans are in place to extend it to other flat complexes in the area.

Ringsend and Irishtown Community Centre staff member Jennifer Betts said, “We were trying to come up with ways to connect the community while maintaining social distancing. The flats are a great place and people can come out to their door.”