It seems that a pint (or several!) of the black stuff are in order for CNN's Donie O'Sullivan and John King. 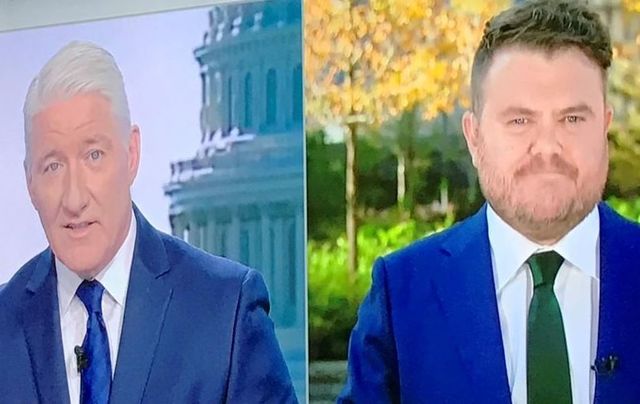 Irish man Donie O'Sullivan and Irish American John King, both CNN reporters, are plotting to raise a pint together as soon as they can.

CNN correspondent Donie O’Sullivan’s top-notch reporting during the Capitol riots in January earned him a new legion of fans, one of whom is the network’s long-time anchor and election night magic wall whiz John King, who can trace his Irish roots back to Doonloughan in Co Galway.

King, a proud Irish American who frequently engages with his newly-found Irish fanbase on Twitter, spoke with Irish Times columnist Fintan O’Toole last week for the online Irish Times Winter Nights festival, and O’Sullivan, a native of Co Kerry, submitted a question via Twitter asking if King is "going to buy me that Guinness he owes me when the pandemic is over!"

King, ever the gentleman, replied: “I will buy Donie, as many as he can drink.

“[O’Sullivan is] a fantastic correspondent. I’m an indoor person now because I’m an anchor, so I’m so jealous of Donie because he’s out there on the street, getting his hands dirty all the time. And so he gets all the beer he wants. We need to conspire that when Biden does decide to come to Ireland on an official trip, we can be two guys who might be able to cover that trip.”

Over on Twitter, King replied to O'Sullivan's question noting that it would likely be multiple pints shared:

Beer in the singular is not my thing @donie, but it is a fine place to start. https://t.co/b98AiOOhvZ

Later, the two continued their playful banter on Twitter, with O'Sullivan noting that the CNN coverage of a potential President Biden visit to Ireland will be "one hell of a trip:"

The Biden Ireland visit is gonna be one hell of a CNN trip.