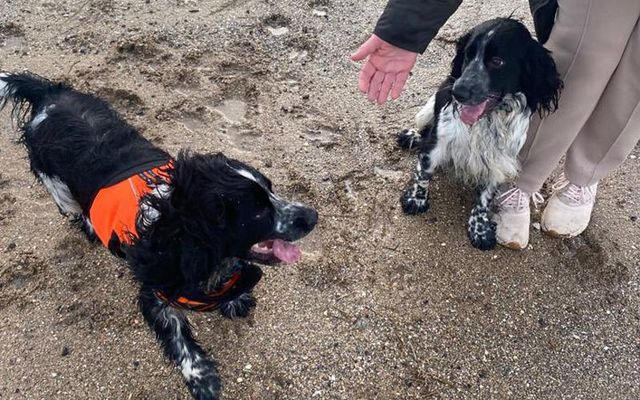 Dog siblings accidentally met up on Kerry beach on Christmas day. via Twitter/@NoelMcuk

A chance encounter between two dog owners walking their pups on a beach in Co Kerry on Christmas day led to a surprising discovery.

Their dogs, who randomly started playing together in the sand, were long-lost siblings.

While walking on the beach, he noticed the two similar-looking dogs, who came separately with their owners, were playing together on the sand, according to Lovin.ie.

After the owners noticed how similar the dogs looked, they started talking. The conversation led to a discussion on where they had found their pups. It turned out the dogs are in fact siblings, born on the same day, on June 1, 2022.

The dogs each came from Cavan, were sold to separate families in Dublin, but coincidentally encountered one another in the small village of Fenit in County Kerry.

According to Noel's tweet, the owners even had the "same parent pics on [their] phones," calling it an "X-mas miracle."

In a happy turn of events, the dog siblings will likely meet up again. In the comments, Noel said the dogs would be walked again on the same beach.