Chris O’Dowd and Guinness are designated Christmas drivers in Kerry

Guinness and O’Dowd promote Social Spin, a new program that provides drives to and from the pub. 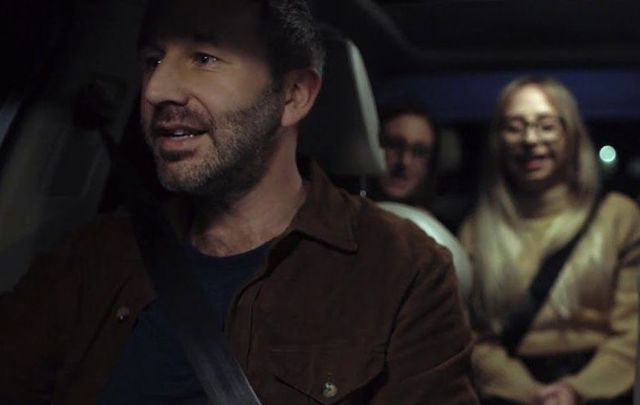 Chris O'Dowd takes the wheel as a designated driver this Christmas. YouTube

Guinness and Emmy winning actor Chris O’Dowd promote Social Spin, a new program that provides drives to and from the pub.

'Tis the season to be jolly, but that’s not so easy in many parts of rural Ireland where elderly folk have found it hugely difficult to socialize at their local pubs with the clampdown on drunk driving laws.

You can’t fault the government one bit for doing its utmost to eliminate drunks on the road, but isolation isn’t a good thing either, and that’s where Guinness and Emmy winning actor Chris O’Dowd comes in.  The stout giant has teamed with the Roscommon-born, LA-based star to promote Social Spin, a new program that provides drives to and from home for those wanting to have a jar or two at the local.

I was in Kerry to drive some sound lads & lasses to the pub to launch #SocialSpin with @GuinnessIreland an initiative by local publicans to combat Rural isolation. Check it out! #SocialSpin #SocialisingMatters #Guinness #VFI #Partnership #ad https://t.co/YyVU4zI1OY pic.twitter.com/5OOGCJZHwQ

Speaking to the Irish Mirror from Faha, County Kerry, O’Dowd said, “It’s such a fantastic initiative. I heard about it and it seemed like a nice bit, definitely something I can see being useful around my own community in Boyle. Especially around the outskirts, people are clearly more isolated.

“It’s just such a lovely community thing. It’s like having a whole bunch of designated drivers and it just means people can socialize and commune. As Ireland and other places become so much more urbanized, you don’t want these rural areas to fall behind."

Chris got behind the wheel and drove a few appreciative senior citizens home from a pub in Faha, one of the small communities where a bunch of big-hearted locals have signed on as volunteer drivers to take the senior members of their village to and from the pub.  It’s such a great idea, and hopefully, a bunch of other areas will follow suit.

Kudos to Chris for lending his support.  He’s got 763K followers on Twitter - @bigboyler – and tweets frequently about Ireland.  Nice to see he hasn’t forgotten where he came from.