Tim Hayes planned to be buried in a coffin for 101 hours at a fairy fort in Ballymore, near Cobh but faced widespread opposition from locals who refused to dig up the fort as they believed it would bring bad luck. 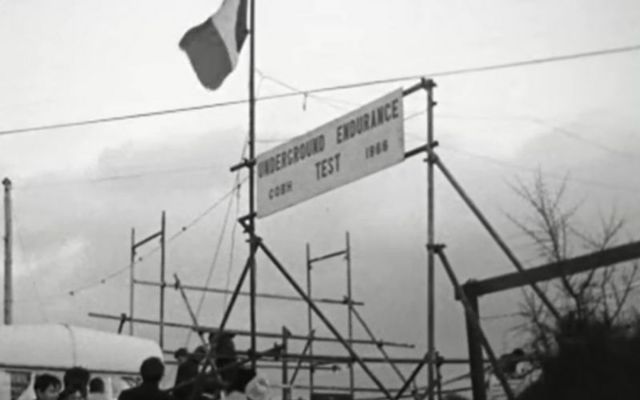 On Christmas Day in 1966, a Cork man was buried alive inside a fairy fort in order to prove that there was "no such thing as fairies".

Tim Hayes planned to be buried in a coffin for 101 hours at a fairy fort in Ballymore, near Cobh but faced widespread opposition from locals who refused to dig up the fort as they believed it would bring bad luck.

"I'm a poor man and I want money the worst way, and I'll tell you the truth, if you gave me £1,000 tomorrow morning, I wouldn't dig a spit with a spade in it," the man told an RTÉ reporter.

"I don't want to see anyone around here meddling with that enchanted place.

Hayes, who worked at Cork Docklands, was undeterred and turned to his colleagues to help dig a grave at the fairy fort.

Linked to people above ground with a phone and an alarm system, Hayes "enjoyed himself" in a coffin for four days, reading books such as Dracula by torchlight.

In an interview with legendary Irish broadcaster Bill O'Herlihy, Hayes said it was "lovely" to hear the sound of dirt and stones "thumping off the lid" of the coffin as he was buried alive, adding that he felt no claustrophobia or loneliness.

While the experience was just a bit of fun for Hayes, it was anything but for his mother Marguerite, who "died a thousand deaths" while her son was underground.

However, she said she was "very proud" of her son when he had completed his time underground, describing him as "marvelous".

Tim Hayes set a world record by remaining in the fairy fort for 101 hours and would go on to beat his own record on several occasions, spending 239 hours, 31 minutes, and 55 seconds in a fairy fort in Monamolin, County Wexford, in June 1970. He had previously spent 215 hours in a coffin in a fairy fort in Macroom, County Cork.