How much do we really know about Ireland's famous, and mysterious, fairy forts? 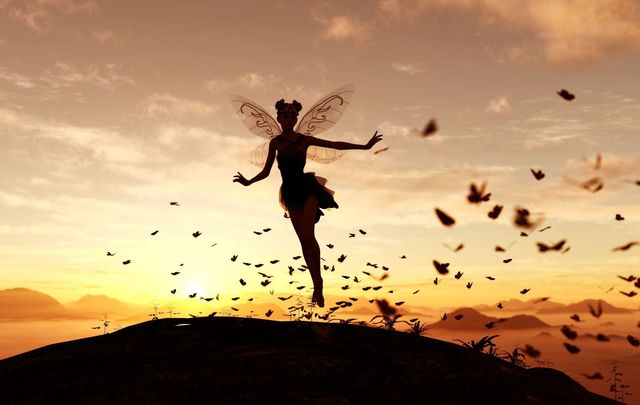 Did you ever wonder what exactly Ireland's fairy forts are? Getty

Ireland's mysterious fairy forts have the power to curse those who cross them and even affect the weather… how much do we really know about these mystical structures?

Throughout Ireland, there are thousands of mysterious-looking forts whose reputations strike terror into the hearts of many. These forts have the power to stop roadworks, keep people from building houses, and from partaking in a whole host of other activities.

Known as fairy forts, these structures are scattered throughout the land and stand as a testament to the enduring power of Celtic Mythology.

As recently as 2017, an elected representative to the Irish Parliament, Danny Healy Rae, blamed the disturbing of one of these forts for damage that was caused to a local road. The Minister commented that “There are numerous fairy forts in that area….I know that they are linked. Anyone that tampered with them back over the years paid a high price and had bad luck.”

Also, the economic crash that devastated the Irish economy during the noughties was put down to a government-commissioned road that had run directly over a number of fairy forts.

So, what exactly are fairy forts?

The structures usually make up the shape of a raised circle which is indented with bushes and trees. It has been said down through the annals of Irish history that fairy forts are places where all sorts of mysterious happenings take place. Faeries, leprechauns, and all sorts of spirits from the “other world” are said to reside in these forts and if someone is foolish enough to disturb these hallowed shrines well then there will be hell to pay with the spirits reeking all sorts of revenge upon their hapless victims.

Many people are said to have died mysteriously after having bulldozed the places into the ground, others are said to have encountered years of bad luck as the fairies wreaked their revenge. There are countless stories that have been passed down from generation to generation in relation to these mysterious places.

The Whitethorn tree is a tree that has long been associated with spirits of the other world. Known as a “fairy tree” they flower stunning white flowers in the month of May. Legend has it that when the flowers escape their buds and welcome the summer arriving that the faeries dance around the tree to celebrate the arrival of the summer. There are thousands of these trees throughout Ireland that would have been cut down a long time ago was it not for the power of the myth and mystique that surrounds them.

Archaeological evidence tells us that these fairy forts, or raths as they are also known, were most likely places where clans or extended families lived. Circular structures were made so that the families inside could see who was coming from all angles. The outside of these structures would have been a stone wall or fence. Inside the perimeter would have been where the homes of the clans or families where located. There were also places where the clan’s animal's resided. There is very little evidence that survives from these homesteads as the majority of them were built of wood which would have long since been reclaimed by nature.

One benefit of having these mysterious myths being perpetuated about fairy forts is that farmers are reluctant to destroy the structures for fear of being on the receiving end of the fairy’s wrath. And with the superstition being alive and well this results in a huge amount of archaeology being preserved that would otherwise have been destroyed. So, in many ways, we owe a big thank you to the fairies for keeping much of Ireland’s ancient past alive and well!