Brother’s in the Clock: American's final resting place in one of Dublin’s favorite bars

Two Texas brothers were so enamored with this Irish pub that one of their remains are homed in its grandfather clock. 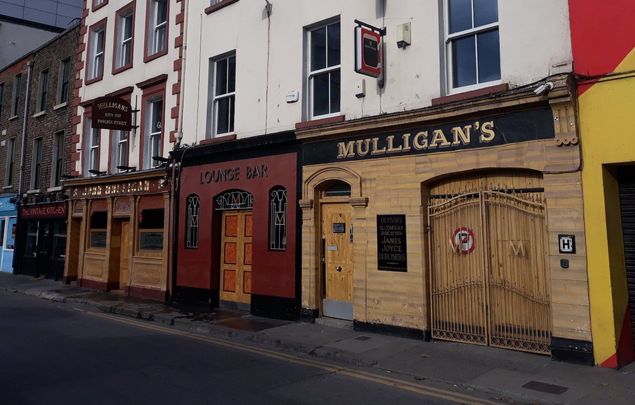 The first episode of a new Irish podcast, Publin, "The Brothers In The Clock" tells the incredible tale of the Carr brother's love for Mullingan's Bar, on Poolbeg Street, their final resting place.

Billy and David Carr, two Irish-American brothers, traveled to Ireland searching for their favorite pub. On their first visit in 1980, they found it in Mulligan's on Poolbeg Street.

They enjoyed the pub so much that they even built a small replica of it in their own restaurant and pub in Humble, Texas. The podcast "The Brothers In The Clock" features the recollections from Mike, the other brother, who ran Mama Hattie's bar and restaurant with his brothers, Billy and David.

Their love for all things Irish and popularising Irish music in their hometown saw them made grand marshalls of the Houston Saint Patrick's Day parade, in 2009, and Billy even has a stout relay race named after him that runs to this day.

On subsequent visits back to Dublin, the brothers visited Mulligans again and again in pairs, but sadly never all together, until Billy passed away in 2011.

In 2012 a family friend was on a business trip to Amsterdam with a one-night layover in Dublin and he asked whether he could bring anything back or do anything for the Carr family. This friend was given some of Billy's ashes and instructed to have a pint in Billy's honor and scatter them on the street in front of the pub. That is where the story really kicks off and is expanded upon in the podcast. 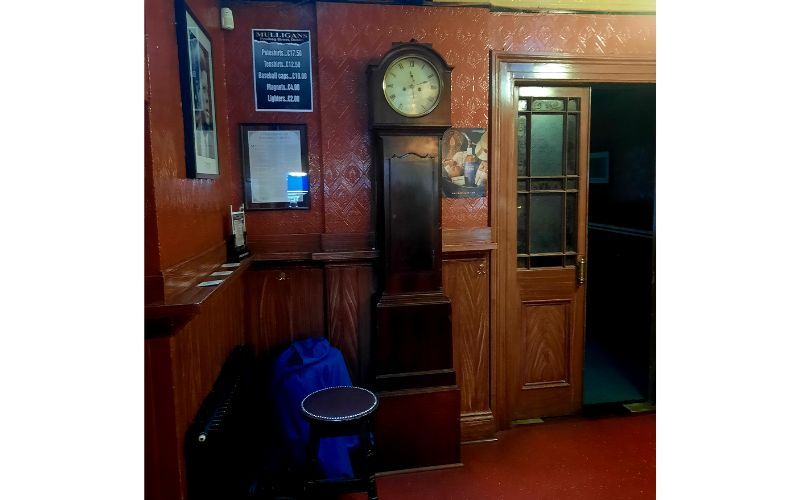 A wake broke out among strangers in the pub in his honor and how the family came back year after year to honor his memory. Billy Carr will be remembered there for as long as the pub stands. It's as good a tribute as anyone could expect from their favorite watering hole!

What a pub Mulligans is! Mulligans is over 230 years old and has played to drinkers local, foreign, famous, and downright normal. In its heyday during the time when the theatre royal was on its doorstep, it counted Judy Garland and Nat King Cole as one-off customers. The pub also holds a special place in US presidential history as one of the only Irish pubs that John F. Kennedy was known to have visited. He drank a lager in the pub in 1947. A photo of the president remains to this day in the pub beside the famed grandfather clock.

This is the first in of John Geraghty's Publin podcasts.  Publin has been the go-to resource of all things pub in Dublin since 2011 and now they've branched out into podcasting.

The podcast starts with a question asked to the listener: What do you think is your favorite pub? Is it your local? Do you go there often enough to be known or to be remembered? Do you want to be remembered there or is it just a nice casual place to go?"

The podcast is available on Google, Spotify and Apple. Subscribe now.

Listen in and enjoy: