Bill O'Reilly as Mr. Nasty -- you will never forget this

The former Fox presenter spirals into manic bursts of rage when he can’t understand the simple English sentence on his teleprompter. 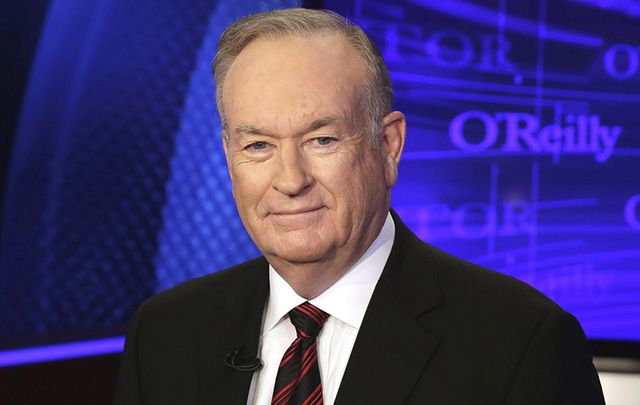 Love him or hate him, it seems we may have seen the last of Irish American Bill O’Reilly on our TV screens following his dismissal from Fox News earlier this week.  The outspoken cable news veteran finally received the heave-ho in April following the backlash Fox News received after the revelation of their covering up of the sexual harassment charges brought against O’Reilly over his past decades with the station.

While even President Donald Trump came to his fellow old white man’s defense, it wasn’t enough to save O’Reilly from a permanent vacation from the station. The former presenter of “The O’Reilly Factor” will now set sail into the sunset with an estimated $25 million payout and although we may not have those millions to keep us warm at night, at least we have this video to remind us of O’Reilly as “Mr. Nasty.”

Whether it makes you praise the Lord that he’s finally off your screens or makes you pine for the good old days where he could shout down any guest’s reasoned argument without his sexual exploits getting in the way.

This old clip was revived by the internet in 2010 and has been doing the rounds since but with O’Reilly’s unsightly departure, it has become viral once again. All springing from O’Reilly’s misunderstanding of “to play us out”, the video shows the anchorman losing the rag with his staff and pulling a hissy fit while alternating between glitzy, charming showman when he has his working hat on.

O'Reilly may be gone, but I will watch this clip with joy for the rest of my life. #NeverForget pic.twitter.com/qug0pVKhBR

The clip was even made fun of by hit TV show Family Guy as the character Stewie Griffin reenacts the debacle word for word.

And this is far from the only time that O’Reilly lost his cool while on the air. Really, we could probably find one a week at least but here is a run through of some of the best (or worst) as we bid farewell to the notorious host.

When he said “so what?” about the US’s slavery legacy

Aside from his attempts the two female contributors on his show against each other, this clip is particularly horrifying in that O’Reilly appears to completely dismiss the history of slavery in the US and denies that there is any kind of racism in the country. Even after being told to give up her “derisive snort”, Kirsten Powers is incredulous at O’Reilly’s attempts to completely dismiss her comments on racism.

Pretends not to hear his guest’s answer

In this clip, O’Reilly asks liberal commentator Alan Colmes to name him one program President Obama has talked about cutting to reduce the national debt. Colmes names one. O’Reilly pretends he doesn’t and goes on a tirade.

A politician refuses to sink to his level

We have to hand it to Congressman Barney Frank, it must be pretty hard not to shout back at O’Reilly when you can’t get a word in edgeways but Frank calls the host out on his tactic to make his guests look angry and defensive.

We can’t be the only ones have expecting security to come on stage and keep the two apart while watching this video. O’Reilly and Geraldo Rivera descend into a shouting match where you really don’t learn anything about anything only that O’Reilly really doesn’t like undocumented immigrants.

Happy or sad to see O'Reilly leaving? What are your thoughts on his opinions above? Let us know your thoughts in the comments section.