Bill O’Reilly on Black people, being Irish and women 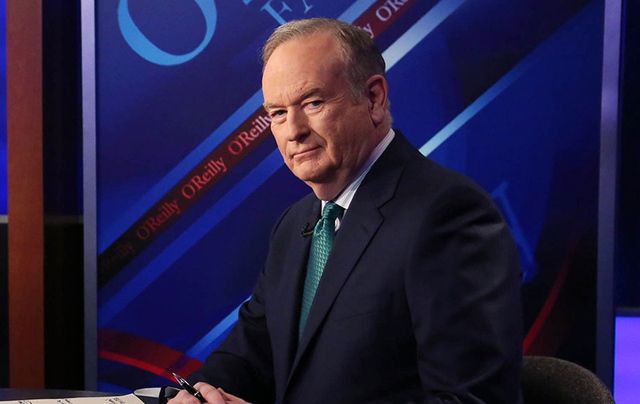 "And I couldn’t get over the fact that there was no difference between [Harlem's famous] Sylvia’s restaurant and any other restaurant in New York City. I mean, it was exactly the same, even though it’s run by blacks, primarily black patronship...

“It was like going into an Italian restaurant in an all-white suburb in the sense of people were sitting there, and they were ordering and having fun... And there wasn’t any kind of craziness at all..

“There wasn't one person in Sylvia's who was screaming, `M.F.-er, I want more iced tea.”

(A person called Jason commented on that remark: “I am going to make reservations at Sylvia's this week. I want be that one guy.”)

On his syndicated radio show, O'Reilly also talked about his dinner in Harlem with the Rev. Al Sharpton. In addition, he also noted that he went to an Anita Baker concert recently where the audience was evenly mixed between blacks and whites.

“The band was excellent, but they were dressed in tuxedos, and this is what white America doesn’t know, particularly people who don’t have a lot of interaction with black Americans...'"

Read more: Bill O’Reilly is toast because he burned a lot of people for too long

O’Reilly was sued in 2004 by his show producer Andrea Mackris who walked away with a cool $9 million.

Perhaps most famously, O’Reilly fantasized to Mackris how he’d like to shower with her and fondle her with a loofah, which he mistakenly called a “falafel thing” later in the call, according to a transcript.

Mackris also alleged that the then-married O’Reilly threatened to make any woman who complains about his behavior “pay so dearly that she’ll wish she’d never been born.”

Two weeks later, he settled the case with a payout around $9 million.

O’Reilly on being Irish

“My people were Kennedys, McLaughlins and O’Reillys, and because I had that strain going back 80 or 90 years since my people came over, those lessons I was taught as a child made a tremendous impression on me,” he told our partner publication, the Irish Voice, in 2008.

“Whenever you get people in a working-class environment you get people who have a tremendous loyalty to their country, who are opposed to dramatic change. They don’t want it; they don’t know why it’s necessary. They have a strong loyalty to tradition. That’s still there.”

After attending Catholic school, he graduated from Marist College in 1971 with a Bachelor's degree in history.

“Whatever I have done or will do in this life,” O’Reilly wrote in his first bestselling book, 'The O'Reilly Factor,' “I’ m working-class Irish American.”

Working class? Hardly! His Dad was an oil company accountant who sent his kid to Chaminade, one of the toniest high schools on Long Island, and made $35,000 a year back in the sixties (that’s the equivalent of about 270k nowadays)