Trenton Irwin, wide receiver for the Cincinnati Bengals, got "a little jiggy with it" after he scored a touchdown. 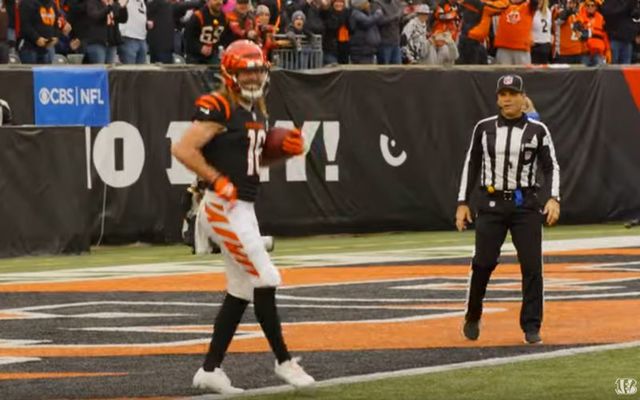 Irwin scored 58 receiving yards and a touchdown in the Bengals' Week 14 win against the Cleveland Browns and celebrated the touchdown with a spontaneous Irish jig.

The 27-year-old California native revealed he studied Irish dance at school for a couple of years.

Irwin, who played college football at Stanford University, told reporters after the game: "I did Irish dance as a kid for like two or three years.

"I just figure, you know, Irish dance stays in Cincy, and I'll get a little jiggy with it."

He laughed and added: "They were wondering what the heck that dance was. They were like what you doing? I was like Irish dance."

You can watch Irwin's dance moves and interview in the video below.

“It is all about rhythm and timing in Irish dance, and so it is for the running back as well,” Collins revealed back in 2016.

Collins has also been known to celebrate a touchdown with a burst of Irish dancing.