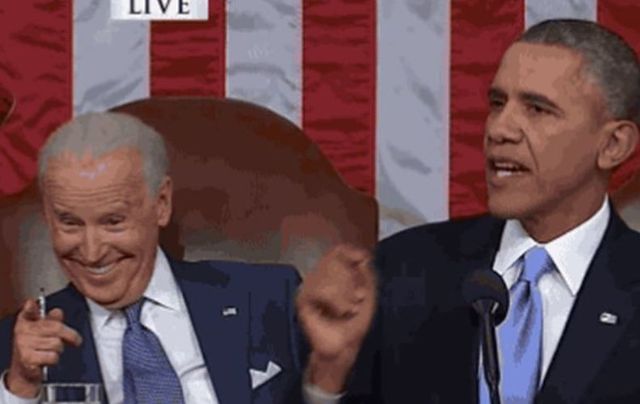 Obama even tailored his tweet’s text to read like some of the best Obama Biden memes:

ME: Joe, about halfway through the speech, I’m gonna wish you a happy birth--
BIDEN: IT’S MY BIRTHDAY!
ME: Joe.

Happy birthday to @JoeBiden, my brother and the best vice president anybody could have. pic.twitter.com/sKbXjNiEjH

Hundred of memes popped up online over the past few years, but more so since the two men left their positions at the White House. The fake conversations usually cast Biden as an over-excited, child-life figure and Obama as the restrained and often frustrated adult.

Read more: Will Joe Biden be the next target of sexual harassment allegations?

These jokes became so popular that Biden, who obviously has a sense of humor about them, was interviewed about them by NBC. He admitted “All those memes - there are thousands of them out there - in essence, they're all true,” he said.

“We had that kind of relationship."

Obama wasn’t the only one to get in on the action with a humorous birthday tweet. Biden took to Twitter to mark Obama’s 55th birthday playing up the perception that the pair share a serious “bromance” (a fraternal romance).

Happy 55th, Barack! A brother to me, a best friend forever. pic.twitter.com/uNsxouTKOO