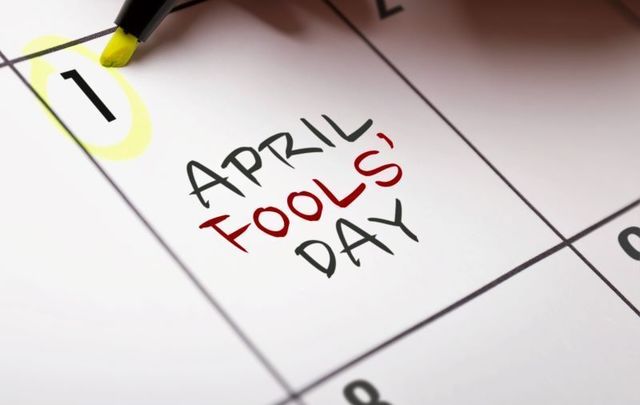 The Irish are no strangers to some epic April Fools Day pranks! Getty Images

The Irish are known for their wit and sense of humor but also for their love of practical jokes. Who better to turn to than the Irish when April Fool's Day is upon us!

Traditionally in Ireland, all pranks must end at midday on April Fools Day. In Ireland, there's a comeback rhyme to use if you're pranked after noon: "April fools is dead and gone. You're the fool for carrying on."

However, if you're from the United States or elsewhere, feel free to prank all day!

The Independent and Caravaggio

In July 2003, the Irish Independent newspaper reported that Italian Prime Minister Silvio Berlusconi had slammed the Irish Government and demanded the return of Caravaggio's painting "The Taking of Christ" which is housed in the National Gallery, Dublin.

However, this wasn't true. It seems that The Independent hadn't taken into account the fact that it was April 1 when they picked the story up from a popular website P45.net. While the story made the front page of the newspaper, four weeks later they apologized for their mistake.

Back in 1995, The Irish Times reported that the Disney Corporation was in negotiation with the Russian government to purchase the body of communist leader Vladimir Ilyich Lenin for the Euro Disney theme park where it would be given the "full Disney treatment."

The report said Disney planned to display the embalmed leader's body "under stroboscopic lights which will tone up the pallid face while excerpts from President Reagan's 'evil empire' speech will be played in quadraphonic sound."

Lenin t-shirts would be sold and Disney anticipated that it would attract a great number of visitors.

They said that the Russians were in agreement with the sale of the body while liberal groups wanted to keep his mausoleum empty "to symbolize the 'emptiness of the Communist system.'"

In the last week of March 1844, placards appeared around Dublin which advertised free train rides to Drogheda, Co Louth on April 1 for anybody who wanted them,

The placards said that the free ride would include a return ticket. On April 1, a large crowd gathered in the station. As the train approached they surged forward. The people were attempting to get on the train to nab their free seats when the conductors and staff told them there were no free rides.

A riot broke out. The next day newspapers reported, "The laborers on the road supported the overseers—the victims fought for their places, and the melee was tremendous."

On April 2, a number of people went to the police station to lodge complaints but their complaints were dismissed "in honor of the day."

However, shortly afterward, it emerged that Jarre had never said these words. They were, in fact, the work of Dublin student Shane Fitzgerald who had posted the quote on his Wikipedia page as an experiment.

What are some of your favorite April Fools Day pranks? Let us know in the comments!