Christmas presents for kids, then and now

An Irish woman contemplates Christmas presents for children in light of her own childhood in the Irish countryside. 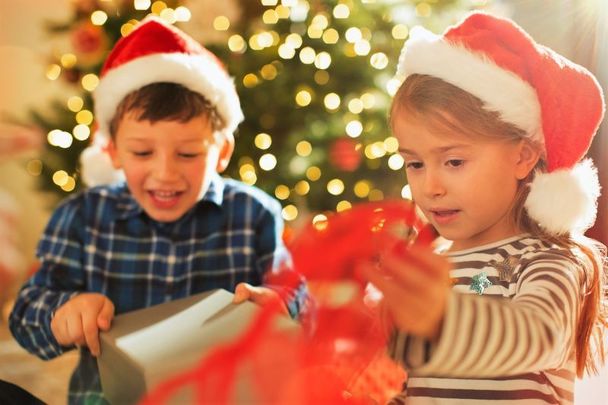 How aware are we now of getting the right gifts for our kids that keep them free to be kids?

An Irish woman contemplates Christmas presents for children in light of her own childhood in the Irish countryside.

It's funny how the little things you overhear in a lunchroom on a regular rainy Monday can spark a thought that itches and niggles away at you all day.

Today I listened, amusedly, as a colleague regaled us with every minute detail of her son’s second birthday party the day before. As someone who does not currently have children, any talk of other people's children is inescapably boring to me. I genuinely feel I have more in common with the children being discussed than with the adults discussing them.

Throughout the description of the day, there were several instances where the children had “misbehaved” by not cleaning up their toys or climbing into unsuitable furniture – bathtubs, wardrobes, cots – and the other mothers at the table gasped when it turned out that the ringleader of all this fuss was a six-year-old girl attending the party.

“Surely she would have more sense!?” said one. “Surely she’s far too old for that!?” said another.

I struggled to stifle giggles as I remembered our childhood of freedom. Growing up in the countryside has its obvious advantages of space and fresh air, but the freedom!

I also had the luxury of living on the same country road as my cousins and we had plenty of neighborly friends. We would gulp down breakfast, put on a pair of wellies and scamper off into the surrounding fields and woods for the day without much instruction other than to be home for tea. If we returned with scrapes and scratches, we were given a bath and a band-aid and not so much as a slap on the wrist.

Because we were trusted, we were trustworthy. We were free to be kids and to do the fun, silly stuff that kids do.

The annual Irish cringe-bonanza that is "The Late Late Toy Show" was on Friday night. For those of you who don’t know what this is, do your utmost to watch one from each decade as these will serve as a pretty accurate time capsule for both the progression of toys throughout the ages and the total lack of progression for awful Irish television.

A lovable television host meets and greets dozens of chit-chatty Irish children as they introduce and demonstrate the season’s hottest toys – dollies, gadgets, books, automobiles – ranging from those suitable for little babies to bigger babies.

As a child, the show was the hottest place to be. Kids around the country line up to audition every year to perform a song, a dance or a rap or whatever it is the kids are up to these days. If you couldn’t get ON the show, you were sure as hell watching it while stuffing your face with treats and compiling a long, detailed list of all the toys you wanted from Santa.

As a college student, the Toy Show is a drinking game where you laugh at the host, laugh with the children, stuff your face with wine and mince pies and regret that you’re too old for toys but rejoice that you’re too young to have to buy them.

As a young woman such as myself, the Toy Show is to be avoided at all costs unless you’re one of those people who had 900 babysitting jobs growing up and “loves children,” or one of those insufferable people who “loves Christmas” to the point of borderline insanity. However, the Toy Show is practically unavoidable and you can’t help but catch a few clips here and there.

This year, following my lunchroom revelations and inescapable Toy Show awareness, I got to thinking about Christmas presents for kids. Growing up, we were similarly saturated with ads for incredibly stupid toys that would break or bore within a week, and in fairness to my parents, they were smart in their ability to whittle down the rubbish and invest in worthy gifts. Of course, there was always room for surprises.

Read More: The most annoying things about Christmas

One year, my dad surprised my brother with a PlayStation and he actually cried with happiness and pure appreciation. They had put in such effort to make him understand that a game console was not a good use of his time when he could be playing outdoors and he had finally agreed, not even fighting them on it and just willing to learn a solid lesson. But here was the surprise – the earned gift for being such a patient and good kid.

I wonder now what buying Christmas presents for children is like. Are parents hyper-vigilant, concerned with what might affect them and how wary of offering surprises for fear of spoiling them or stunting their development somehow?

These days it’s not as simple as it was back in my day – a mere decade or so ago. Santa had a list of boys and a list of girls and presents were very clearly divided by gender.

Barbies, dolls, make-up, and arts and crafts for girlies. Trucks, cars, Lego and video games for boys. Kids were unaware that they could dip into the other side, and parents were yet to face the generation that would challenge these divides as aggressively as they are doing so now.

This year, Barbie has attempted an entirely “new” campaign to try and keep up with the gender trends, focusing on Barbie’s career so that the little girls who play with her can have careers, too. However, Barbie is still a size zero blonde with impossibly large breasts and singly aimed at young girls.

On the flip side, you have viral videos of dads granting their sons the wish of Frozen dolls and Ella costumes. They become BuzzFeed superheroes as they challenge norms and show that princesses aren’t necessarily just for princesses. I think that’s more my speed.

My only memory of wanting a “boy” present was on my brother’s birthday when my parents got him a goalpost and football (presumably as an effort to undo the indoor-behavior following the PlayStation) and I ran into the yard ahead of him, booted the football with my foot and landed it about 30 feet into the field full of cows behind our house.

I was furious that he had been bought a goalpost and football when he was a video game fanatic and I was the one constantly outdoors. I was the one who would have really enjoyed that. So I had to kick it first and lose the ball to make a point in the only way that a 12-year-old can.

So I wonder this year what goes through the minds of parents as they buy Christmas gifts for their sprogs. How much do you have to think before you buy? How much do you worry about making a statement? Are you consciously buying boy things for boys and girl things for girls?

And in relation to previous years, how aware are we now of getting the right gifts for our kids that keep them free to be kids?

Read More: The most annoying Christmas songs of all time - Bah humbug!

How do you approach buying Christmas gifts for kids? Let us know in the comments