The most annoying Christmas songs of all time - Bah humbug!

Call us a bunch of Scrooges, but we can't help skipping over these Christmas tunes! 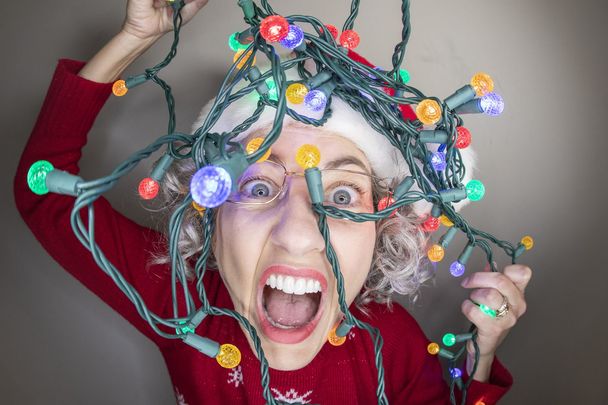 These Christmas songs will make you scream by the end of December. Getty

Cover your ears! It's time for those most annoying Christmas songs ever.

While the classics like "White Christmas" and "Jingle Bell Rock" will have you turning up the radio and donning your Santa hat, the most annoying Christmas songs of all time have you wishing the holiday season was over.

With the holiday season in full swing once again, we have taken the time to gather all the Christmas tunes that get too much airtime over the festive period.

Love them or hate them, there is something here for everyone. Call us a bunch of Scrooges, but these songs have us going ‘Bah, Humbug!’

This song is simply irritating.

“Grandma Got Run Over by a Reindeer” - Dr. Elmo

In our research, we’ve found that Christmas songs sometimes take on an odd angle, and this one may take the cake. Grandma ... dying ... on Christmas?!

“I Want a Hippopotamus for Christmas” - Gayla Peevey

As if the sentiment of this odd song isn’t enough, the vocal tracking of the nasal Gayla Peevey is the star on top of the Christmas tree.

“So This Is Christmas (War is Over)” - John Lennon

An unsettling paradox of the joy of Christmas set against the horrors of the world? Depressing. Thanks, John.

If you're looking for a song that will leave you crying like a baby while you're out shopping, look no further!

Continuing with the depression streak, we have Band Aid’s original Christmas tune. Sure, it’s for charity, which we can’t argue with, nor can we argue with a 1984 Bono, but this ‘80s synthesized song imposes too much of a guilt-trip for the holiday season.

“I Wish It Could Be Christmas Every Day” - Wizzard

Christmas is fun and all, but every day? No, thanks. Plus the costumes these guys are decked out in in the video are just plain creepy.

Fair enough, it was the Biebs' first foray into Christmas tunes, but any Christmas ditty that employs the term “shawty” is flat out wrong in our book.

“We Wish You a Merry Christmas” - Enya

While the sentiment is nice, the repetition is grating. Plus, what is figgy pudding and why would anyone want it brought to them? Here’s Enya’s slower take on the song, which makes it probably even more annoying.

Whether it’s the prepubescent voices squeaking out this song, or the ho-hum interlude typical of Charlie Brown, this song just doesn’t get our spirits high.

What do you think is the most annoying Christmas song ever? Let us know in the comments!