With lyrics like "you're a bum," "Fairytale of New York" is a depressing Irish Christmas song that doesn't speak to what Christmas should mean to us all. 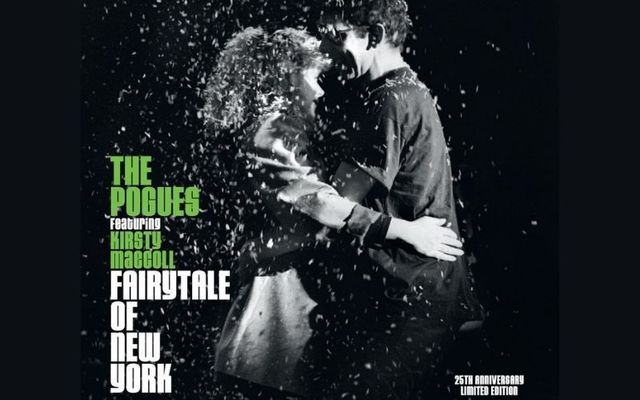 The Fairytale of New York: A depressing and dark Irish Christmas song Pogues.com

Listening to the crazy lyrics of "Fairytale of New York" with its man and woman arguing should be enough to prove it's a bad Christmas song.

As I write this I'm listening to the "Top 100 Christmas songs" countdown. The countdown is only now in the 90s so there is a long way to go before they get to number one, but I'm sure it will be "Fairytale of New York" by the Pogues and Kirsty MacCool.

How can I be so sure that "Fairytale" will be number one? Well, this isn't the first of these polls. In fact, it is one of the annual features of the Christmas season that some media outlets will release a poll of either Irish or British people and invariably "Fairytale" is number one.

I am at a loss to understand how this can be. "Fairytale of New York" is a good song; I like it. However, it is a cynical, hopeless song that seems devoid of anything that makes Christmas special.

Now I know there are some people who don't like Christmas and probably enjoy the gritty "realism" that "Fairytale" evokes. Yet, there is no way that most people feel this way about Christmas otherwise there'd be no way that “It's A Wonderful Life” would regularly feature as the best Christmas movie of all time.

I really don't understand why anyone would want to listen to "Fairytale of New York" at Christmas time. It's so depressing.

I used to think maybe it was a case of people not really listening to the lyrics, as happens with couples who love The Police's “Every Breath You Take.” I don't think that is the case with "Fairytale," however. It really is inexplicable to me.

Springsteen's "Santa Claus is Coming to Town" is fantastic and just about any Christmas song from Bing Crosby or Frank Sinatra hits the right note at Christmas time.

If it has to have "grim reality," I prefer Band Aid's "Do They Know It's Christmas," which is an upbeat song despite the story behind it.

And I really like Garth Brooks' "Belleau Wood," which is an excellent song about the 1914 truce during WWI (although full of historical inaccuracies).

Both "Do They Know It's Christmas" and "Belleau Wood" contain that essential Christmas ingredient - hope. "Fairytale" starts with hope, but then spits it out.

I have to say, however, that my favorite Christmas song is none of those above. It is "Good King Wenceslas," which is the very opposite of “Fairytale.” The story of the man of wealth and power trudging through the snow on a dark, stormy winter's night to bring "flesh," wine and pine logs to a poor man is the essence of what Christmas is about. Hope.

Hope was born 2016 years ago and "Good King Wenceslas" is a great summary of what Christmas should mean to all of us.

What do you make of "Fairytale of New York?" Is it a good Christmas song?