Want to know how to get the most out of the amazing Irish cultural events already happening in your area? The Association of Irish and Celtic Festivals has the answer to all your questions. 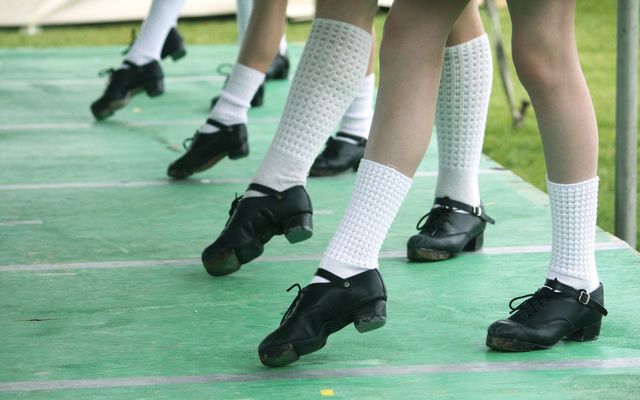 The Association of Irish and Celtic Festivals conference will take place from Thursday, October 4, until Saturday, October 6, hosted by Milwaukee Irish Fest.

From event security to booking performers to advertising in the digital marketing age, its as tough a time as ever to stand out from the crowd when it comes to festival planning in 2018. That's if your event isn’t Irish or Celtic, of course, because for any group or organization looking to create and promote a festival around Irish or Celtic culture, help and support are readily available.

Now reaching its 20-year anniversary, the Association of Irish and Celtic Festivals has gathered together the organizers and planners behind some of the world’s largest (and smallest) Irish and Celtic cultural events for an annual conference; allowing for collaboration and growth throughout a weekend packed with all the dos and don’t of each festivals own experience.

From today, Thursday, October 4, up to 100 conference attendees will land at this year’s host city, Milwaukee, to take advantage of the jam-packed two days of break-out sessions and performer speed-dating, as every festival strives to continue to be the best they can be and to add to the global Irish community.

Read more: Writers, poets and artists flock to the Bay Area for Irish festival of ideas and fun

Some of the group at last year's conference. Image: Facebook.

“I'm looking forward to just getting the people together and being able to connect with each other and share ideas on how to grow and how to accomplish our goals that are all very common,” says Ward, who has acted as the number one organizer of this year’s conference on behalf of the hosts, Milwaukee Irish Fest.

With the conference moving from venue to venue, city to city, state to state and even country to country annually, every year's weekend is a little different but one of the most important elements stays the same: helping each other get the best out of their festivals and having fun along the way.

"Number one: they're able to share with other like-minded individuals that operate their own festivals ... and determine areas of concern,” explained Mike Mitchell, Executive Director of CelticMKE (Home of Milwaukee Irish Fest).

"What are the areas for improvement? How can we roll out our festival? How can we better represent and connect with Ireland and the Diaspora and things of that nature?

"And then also it's an opportunity - number two - to see some fresh new entertainment that we can bring back to our festivals so that they can keep their festivals fresh and new and alive," he adds.

“Another big part of it ... is the showcases, where we bring in new entertainers and give them an opportunity to be seen by all these various festivals that are represented at the conference.

"We put out a request ... for bands to apply to be able to participate in the showcase and we selected from thirty submissions, 12 that we thought would represent a large spectrum of entertainment types and of entertainment from across the globe.

This year, the conference will be going the extra mile in helping festivals find the rights act for them, however, offering a more intimate opportunity for organizers and performers to meet.

"During the afternoon, there's going to be a chance for them to meet with booking agencies and different festivals booking agents and for them to present themselves which is new for the conference.”

And according to Mitchell, it is the fresh faces of these acts that will keep people coming back for more year after year.

"We keep seeing other festivals, not Irish festivals but other festivals, that have become stagnant. They haven't changed the music, they keep having the same shows and people are not attending anymore because it's predictable. They know what they're going to get and so they just feel like they'll get something else from somewhere else.

Who's ready for Irish Fest?! August 16-19 at Henry Maier Festival Park! Get your tickets at irishfest.com :)

"By introducing new opportunities to festival directors, this will introduce new things at your festival. Again, going back to it again, just keeping it fresh, keeping it new, that's what keeps people coming."

It’s not just the acts who are fresh-faced either! While some may be heralding doom and gloom for the end of Irish America, Ward explains that, at least in her experience in Milwaukee, the family connection of attending festivals together remains strong, whether the family themselves have any Irish heritage or not.

"It's really heartening to hear that and it has helped us build our audience.

"It's helped us keep our audience also because there's so much more to do at the Milwaukee Irish Fest than just music. There's a lot of things for families to enjoy together. There's a lot of good food to eat and a lot of cultures there;  a lot of learning that can be done on top of all the wonderful music that we represent.

"We're always looking for ways to reach out to a new generation - the millennials the Gen Xers - you are now trying to bring them in. Like Mike said, we're [Irish Fest] ever-changing and ever trying to come up with ideas: 'OK, so what's going to bring these people in and keep them there?'

"But that generational thing is going on for a long time and it's one of the reasons that we're still here and that people still keep coming."

Minister for the diaspora Ciaran Cannon.

At this year’s conference, a special talk will be given by Ireland's Minister for the Diaspora Ciaran Cannon, emphasizing just how important Irish and Celtic festivals in the US are in terms of engaging those who are interested in Ireland and traveling there.

“I definitely think they [festivals] have an impact on tourism in Ireland,” Ward tells us.

"The boom that we've seen and that Irish and Celtic festivals across the United States have seen has definitely had an impact on Ireland's tourism and to a certain extent, Canada and Scotland also.

"But I also think that there was an impact on the music over the last 30 to 40 years,  that it's become a genre in the United States ...

"Now Irish music is a whole bunch of things.  More people know that bluegrass came from Irish music now than ever before. They can make that connection."

The conference also offers the opportunity to discuss how that link with the diaspora and that deep relationsho[p between Ireland and the US will be explored further, Mitchell explains.

"What can we do to make people aware today and not just look back at history? I think that's the interesting challenge and that it resonates at this conference this weekend."

The Association of Irish and Celtic Festivals conference will take place from Thursday, October 4, until Saturday, October 6, hosted by Milwaukee Irish Fest. You can find more information on it here.

More information on the Milwaukee Irish Fest can be found at https://irishfest.com/Irishfest.htm.