Where’s the best place to meet your Irish soul mate?

You may be surprised to hear that it’s not actually in Ireland. 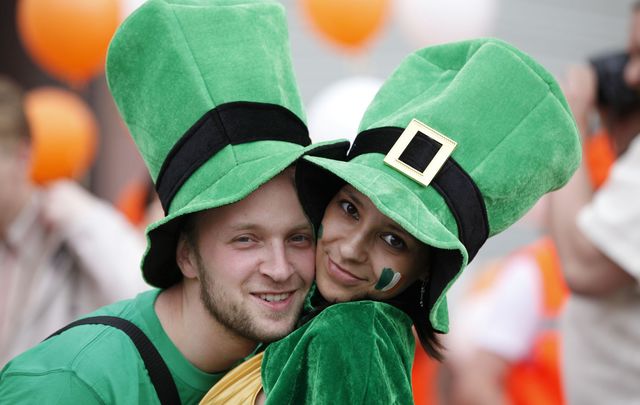 Where can you find your Irish soul mate? Getty

A sports ground in the Bronx, New York, is the place where tons of people have met their Irish soulmate.

New York is notorious for its difficult dating scene as chronicled in many, many TV shows and movies such as Sex in the City. We’re betting that if Carrie and her friends had known our Irish trick to the trade, however, then the show very well could have ended a few seasons earlier with her moving out of Manhattan and into one of the most Irish neighborhoods in the Bronx.

Welcome to Gaelic Park, the home of Gaelic games in New York! We take a look at the Irish history of the sports ground as New York GAA celebrate their 90th anniversary. You can read more about it here: https://bit.ly/2KfZu0U

We’re not sure how many pairs of Jimmy Choos you’ll see walking through Riverdale this weekend but you’ll certainly see plenty of GAA jerseys as Irish and Irish sports lovers from around the city (and even from other parts of the country and world!) trek in the direction of Gaelic Park to witness New York take on Mayo in the first game of the GAA Connacht football championship.

Read more: Why dating in Dublin is infinitely better than dating in New York

The iconic subway tracks behind the scoreboard. Image: YouTube/Michael Nash.

While you may think that heading along to the St Patrick’s Day parade, joining Irish organizations or spending all your free time in the unending amount of Irish bars the city has to offer would be the best way to meet your Irish soulmate, we can promise that if you’re looking for grá (love) with an Irish man or woman, then Gaelic Park could be one of the best places you could visit.

Many local Irish-American kids could tell you how their parents met in Gaelic Park, the grounds used by the GAA in New York since 1926, and the community there is still thriving, with young and old coming out to see if it will finally be New York’s year this Sunday. In fact, some of those couples who first met in Gaelic Park may be turning out a little earlier in the day to see their kids lining out in the underage matches that will precede the main event.

Read more: Our top reasons to go on a date with an Irish man

Lovely story of couple who met in Gaelic Park via @AccessibleJoe & @ireland: http://t.co/8xjpYyyfSQ

For decades, this iconic grounds with its famous scoreboard resting up in front of the subway tracks has acted as the very best matchmaker that the Irish community in New York could need and you’ll find plenty of young men and women wearing their very best GAA shirts this Sunday in the hope of continuing that amazing tradition (or at the very least get the shift).

The spirit of community of the GAA should always be celebrated, wherever it is in the world, but Gaelic Park, in particular, is special for the decades of happy memories and happy couples that it has created, for the long hours of chat after striking up a conversation with a stranger while watching a match or at the bar, and for the many people who have the GAA to thank for offering them up the opportunity to meet their own soulmate.

Long may it continue to do so!