The Irish roots of Anne Rice, the queen of vampire novels 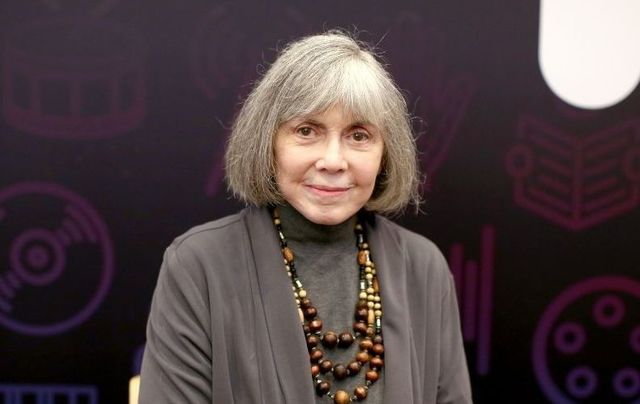 Anne Rice, the Irish American Gothic novelist who penned the famous "Interview with the Vampire" in 1976, died on Saturday, December 11 at the age of 80. Here, we take a look at her strong Irish heritage.

Growing up, she hated her name and changed it to Anne when she started Catholic school.

Rice spent most of her upbringing in New Orleans' Irish Channel, which she described as a "Catholic Ghetto" within the city.

The largely Irish-Catholic area would form the backdrop of many of the famous novels in her literary career.

Katherine Ramsland, who penned a biography about Rice, said that Rice's father Howard O'Brien was a "son of the Irish Channel", while her mother Katherine Allen O'Brien came from "an old and respected Irish family".

Her mother died of alcoholism when Rice was just 15 years old, prompting her father to place Rice and her three sisters in St. Joseph's, an orphanage which Rice described as "dilapidated, awful, and medieval". She added that she felt that she had been "betrayed" by her father.

Howard remarried shortly after his wife's death and the family relocated to north Texas in 1958 when Rice was 16 years old.

She met her future husband Stan Rice in a journalism class while the pair were studying at Richardson High School.

Rice would go on to achieve fame in the vampire genre with her series of novels "The Vampire Chronicles", which included "Interview with the Vampire" and "Queen of the Damned".

Both novels were later subjected to film adaptations, with Irish director Neil Jordan taking the reins for the 1994 film Interview with the Vampire, starring Tom Cruise, Brad Pitt, and a young Kirsten Dunst.

Rice sold more than 150 million books throughout her glittering career and is one of the best-selling authors of all time.

She died on December 11 due to complications arising from a stroke and will be buried in a private ceremony in New Orleans, her son Christopher confirmed in a statement shared on Rice's Facebook page.

Dearest People of Page. This is Anne’s son Christopher and it breaks my heart to bring you this sad news. Earlier...