Inside an abandoned 1950s schools house on a Donegal island

Schoolhouse ruins are a common sight in the Irish countryside, wherever populations are in decline. 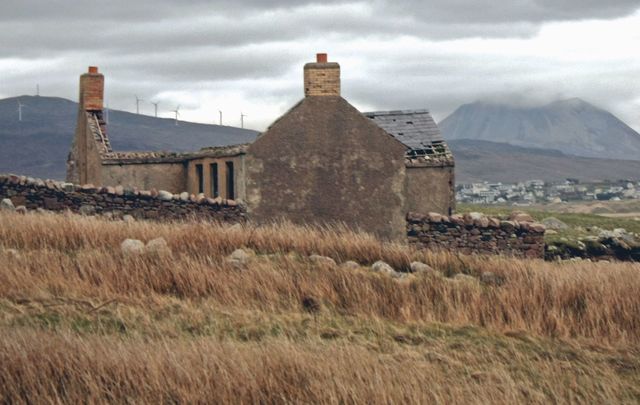 These schoolhouses had a significant impact on generations of pupils, whether they still live nearby or have emigrated to faraway lands.

Within their collapsing walls, friends were made and lessons were learned. Belief systems, traditions, and moral codes were imprinted on young minds.  Enda O’Flaherty’s new book explores the history of several of these buildings. Here he describes the schoolhouse on Gola Island, off the coast of Donegal.

North-west Donegal is possibly about as remote as you can get on the island of Ireland, and the islands off the Donegal coast are as isolated a spot as you will find. Many do not have permanent populations, and if you ever need to get away from it all, this is the place for you. Gola (in Irish Gabhla or Oileán Ghabhla) is a small island off the coast of Gweedore. The island measures 424 statute acres, with mildly hilly terrain. It is a haven for artists, birdwatchers, photographers and walkers, and the cliffs on the north side of the island attract many rock climbers.

Near the island’s lake, bird life abounds; cormorants, razorbills, and guillemots, as well as gannets and kittiwakes, can be admired. For centuries, a couple of hundred people eked out a living on Gola from fishing and subsistence farming. By the 1950s, however, the island could no longer compete with the economic opportunities offered by the mainland. Gradually, Gola’s families stripped their houses, boarded their boats and sailed away to the mainland.

The closure of the island’s national school in 1966 marked the beginning of the end, according to Síle Uí Ghallchóir who was one of the last pupils at the school. Since the 1960s onward, the trend on most of the off-shore islands has been one of the population decreases. In fact, during the 1950s and 1960s, many of the smaller islands were evacuated by the Irish government, as continuous bad weather meant that islanders were unable to travel to the mainland for several consecutive months. 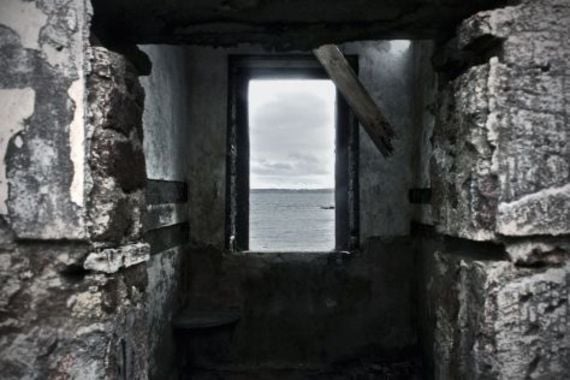 The most recent census, taken during 2016, showed fifteen permanent residents on Gola, although the return of permanent settlement to the island is a recent phenomenon; the island has been largely unpopulated since the late 1960s. In 2005 the island was connected to mains electricity for the first time, and from being totally deserted over 30 years ago, Gola now has electricity and water supply, and the future looks far more positive. However, the population remains small and somewhat seasonal.

Located on the shore, the old schoolhouse on Gola is in a most precarious position, with coastal erosion threatening to erase the structure from the landscape. Stormy weather in recent years means the sea now comes right up to the door at high tide. It is weather-beaten, the roof has collapsed and, in all likelihood, it will be completely washed away in the coming years. A plaque by the front of the building once bore the name of the school, and perhaps a date, but this has been weathered away. The original deeds for the school still exist and date the earliest school on the site to 1846. However, the present building seems almost certainly to be of a later date, perhaps around the turn of the twentieth century. 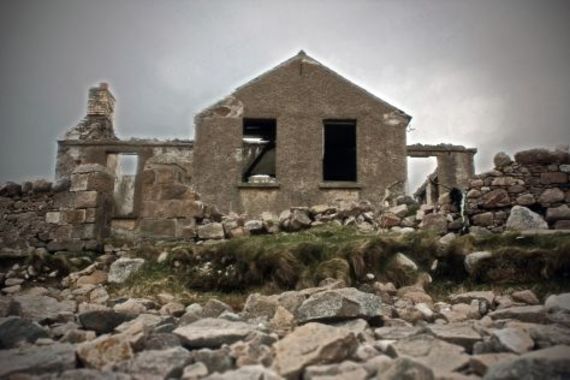 All that stands now are the bare walls of the T-plan building. With a peak population of 169 in 1911, the two-room schoolhouse undoubtedly served the community adequately. Such diminutive schools were commonplace on the small islands during the early part of the twentieth century. Recently, the schoolhouse was purchased and there are plans to rescue it.

The Deserted School Houses of Ireland by Enda O'Flaherty is available for purchase here.