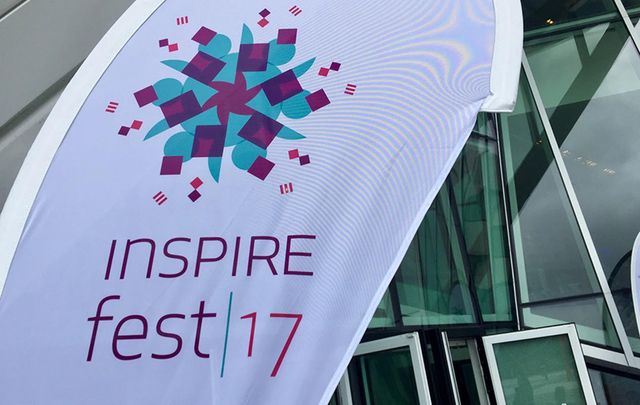 Chances are pretty high that in the next 20 years or so, you won’t have a permanent full-time job. That’s not some prophecy of doom and gloom. It’s a statistical fact.

The online freelancing platform Upwork estimates one in three workers are freelancers thanks to the gig economy model of Uber. By 2020, those figures could reach 50 per cent of the workforce.

Adding to that complex workplace, an Oxford study found 47 per cent of jobs in the United States could be at risk to automation and computerisation.

Sandra Henke, head of people at Hays Worldwide recruiting, says the increasing number of freelance and even people who work away from an office, creates challenges for business even as they bring benefits.

Organizations, Henke says must encourage the best work/life balance possible, while avoiding situations where employees feel like they’re isolated from the company culture.

Dr. Anita Sands, the Irish angel investor who sits on multiple corporate boards in San Francisco, says the ability to transform is and will continue to be one of the best skills to have in the corporate world.

She argues diversity in the workforce will be critical because companies need a diverse set of ideas.

“Belonging is the ultimate goal of diversity,” says Dr. Sands.

To help promote a diverse staff, which again will protect the company’s financial futures in an increasingly automated economy, Dr. Sands says leadership (especially male leaders) need to avoid micro-behaviours. Those are the little actions like using sport metaphors that add up to preventing a sense of belonging.

Dr. Sands argues men and women must “pry open the window of change,” and embrace what the future holds.

Of course, there are serious discussions about what transformative technologies will mean for how we act as employees. Artificial intelligence will create new jobs we never dreamed of, but many jobs will be gone. That is a reality we must face.

Thomas Jelley of Sodexo’s Institute Quality of Life points out that not all AI-led job destruction is bad. He argues there are, in fact, many jobs that are dangerous and ethically should be replaced with robotics.

For instance, Jelley says in some colder parts of the world, people go onto roofs to remove snow. That’s a dangerous, though necessary, job that would be better completed with robotics. He says the same goes for humans who inspect empty tanks that contained hazardous chemicals. Robots will replace those jobs, but that’s an improvement for the workforce in general.

Jelley, who brought up the statistic of 47 percent of jobs being at risk to automation admits that is a scary number. He says that’s a macroeconomic truth, but the deeper one digs, the less scary it becomes.

Yes, there are important decisions to make.  However, if one looks at the individual tasks that automation could change, Jelley argues, one sees the benefits. Robotics could help all of us skip over the mundane tasks and focus on more important issues.

It is at this moment, we can use automation to transform how we work from busily accomplishing tasks to doing something greater.

She argues that after doing something for just about every second of every day, she doesn’t feel like she accomplished as much has she wants. 61 percent of much of our time, she says, is dedicated to managing work. The other 39 percent of the time is spent actually doing the work.

Gromley says automation can enable us to unleash our transformative creativity, something critical for both individual contributors and managers.

Colin Graham, Facebook’s Director of International Compensation and Benefits, says that creativity will be imperative. Most jobs in the automative economy, he says, come down to problem-solving. Automation can help us solve those problems better.

Graham says today’s office worker is communicating on significantly more platforms than even a decade ago. The typical Facebook employee he says has phones, email, Whatsapp, Facebook Messenger, an internal messenger app, as well as online groups to connect with coworkers.

Using automation could be incredibly helpful to let members of a team connect in smarter ways. That’s especially true for those of us here in Europe, where we often swing between talking with Asian offices eight hours ahead of us and California offices eight hours behind us.

So what can we do as individuals? Firstly, adapt. Dropbox’s Gromley says she’s focusing on becoming more agile.

She knows full well, the job most of us have now will not be the same in 20 or even 5 years. Instead, the most successful will be those who know how to respond quickly to changes. Learning how to learn will be imperative as we constantly retrain in new skills.

Every year Dropbox, like many tech companies, holds a weeklong “hackathon”. It’s not just about coming up with new products. In many ways, it’s about bringing out the best of their employees.

“[We] embrace a healthy disregard for the possible,” says Gromley

As we look to an increasingly changing workplace, we simply must know our limitations, ignore them, and push past them.

This article appears courtesy of the Dublin Globe. For more on Dublin's tech scene and startup community, visit their website.