Senior Vice President Bill Byrne talks about the pandemic and how Aer Lingus is slowly but surely emerging from the worst of it. 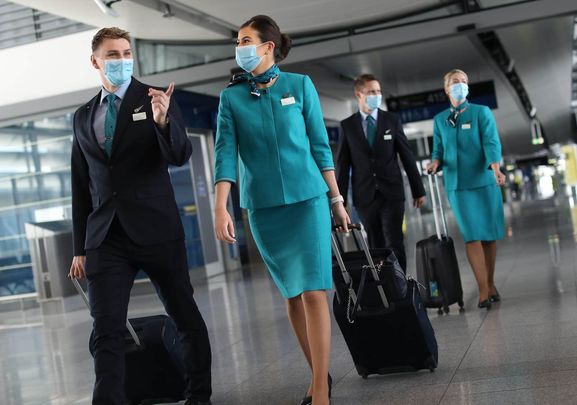 It's been a sobering pandemic for Aer Lingus, obviously.  Ireland’s national airline has suffered just as the rest of the industry has, and Bill Byrne, the airline’s senior vice president of global sales, has an interesting take on what happened since March of last year.

“We went from the modern Aer Lingus of the 2000s that served a large population of Irish and Irish Americans all across America, back to the Aer Lingus of the 1960s, serving only three cities here,” Byrne told the Irish Voice during a Monday phone interview.

“We flew to more than 14 cities in North America, and now it’s three – New York, Boston, and Chicago.  We serve Ireland.  We serve Irish America, so we thought, ‘If we can’t even run those three flights, then what can we do?’”

There are definite signs of life on the horizon for Aer Lingus, though it’s going to take time to return to the not so long ago days when a passenger could fly direct to Ireland from Los Angeles, or Orlando, or Seattle, some of the cities that the airline serviced before Covid-19 put the brakes on international travel.  The Delta variant isn’t helping matters, and there’s still the issue of the U.S. border being closed to most Irish nationals – on Monday the Biden administration announced that won’t change anytime soon – but bookings from the U.S. are rising, and Aer Lingus will resume its service from Washington, D.C. to Dublin on August 13. 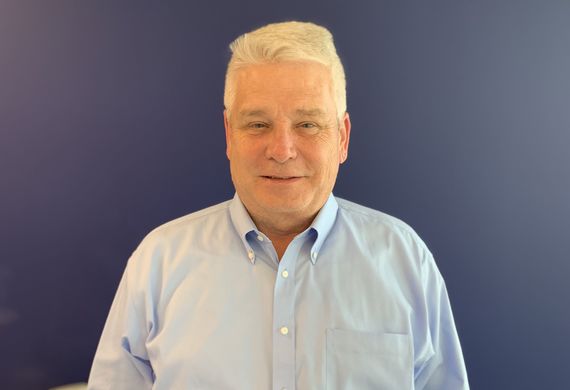 Looking back at February and March of 2020, Byrne, a first-generation Irish American from Chicago whose career in the airline industry spans 35 years, recalls that people were still making plans to travel to and from Ireland, thinking that the coronavirus scare would be temporary.  But cancellations were also quickly becoming the norm, and when the U.S. government closed its borders, first to Chinese nationals and then to Europeans, “that’s really when everything dramatically changed for us,” Byrne said.

“And as the months wore on we saw large changes in what people were doing, or not doing, and we settled into where we were and made adjustments.  In the past, the airline industry has experienced a number of global incidents that changed the way people decided to travel – the ash cloud (in 2010), 9-11, which of course was devastating for the U.S. and for the world.  Its effect on travel was quite severe for about a two-week window, but we’ve never experienced anything like this pandemic.”

To weather the storm Aer Lingus put its U.S. routes, save for New York, Boston, and Chicago, on hold.  And in the three mainstay cities, flights were curtailed from two to one a day, and only to Dublin.  Many of those flights carried few if any passengers, but Aer Lingus still flew partly because of keeping the supply chain between the two countries open.

“For a long period of time we were more of a cargo carrier on those flights,” Byrne said.

When spring of 2021 mercifully rolled around, and Covid-19 restrictions very slowly started to loosen in Ireland – chief among them the mandatory 14-day hotel quarantine the Irish government required of all visitors regardless of vaccination status – Aer Lingus reservations started to turn a corner.  The rate of vaccine distribution in the U.S. also made travelers feel that it was safer to take a trip. 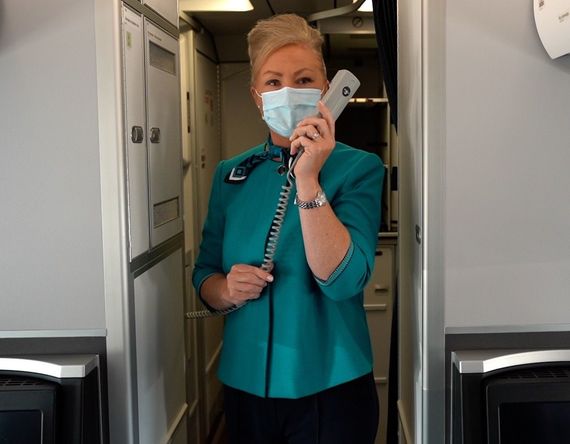 Most significantly, Irish Americans and their family members in Ireland had been physically separated for a year at that point – one year too long.  “A year of not seeing your parents or your other family members or friends, that’s a long time.  It’s not the world we’ve grown accustomed to living in during the past 25 years.  When I was a kid getting back to see my grandparents every five years was a big deal, but that’s all changed.  People often go once or twice a year now, and during the past year, they’ve missed so many things – weddings, funerals.  It’s been very rough for them,” Byrne says.

The bookings Aer Lingus is processing now stem from those with close Irish connections.  Tour groups are also showing renewed interest for travel in 2022.

“Ireland is by and large open at this point.  The pubs and restaurants are open, destination sites are open, and that helps people feel more comfortable traveling,” Byrne says.

“And when America opens its border it will feel even safer. I do think that in the back of some folk’s minds there’s a question of, well, we’re not letting people in here, so why should I go there?  But I remain very encouraged.  The Irish in America have an exceptionally strong bond with Ireland.”

The flying experience itself, Byrne says, has been enhanced for safety, but retains Aer Lingus’ Irish flavor.  Masks at U.S. and Irish airports are mandatory, and passengers are required to mask up on board except while eating.

Cleaning protocols have been upgraded, and planes are outfitted with HEPA filters so that airflow goes from top to bottom and not front to back; by the time all systems are in place, air quality in the cabin is considered to be hospital grade.

Food and beverage service on board is the same, Byrne says, though members of the cabin crew aren’t as frequent going up and down the aisles, and passengers are asked to leave their seats only to use the restrooms and not congregate with each other.

“By and large it’s a cleaner experience. And at the airports, there are more contactless procedures than before.  When you get on the plane you’ll find it to be much cleaner and you’ll feel very safe on board.  Aer Lingus has a safety record that is second to none,” Byrne says.

“I think airlines have made extraordinary efforts to make people comfortable, and Aer Lingus is very much part of that.  Our cabin crew knows who our guests are and what they are looking for.  They know people are going home to see family and friends for the first time in a long time, and they know how important the trip is to them.”

Fares, Byrne points out, are unusually low for summer travel this year.  “This is one of the rare times you can go to Ireland in the summer where the pricing is really good, and you have a lot of flexibility in terms,” he says.

Passengers have several fare options, with some having full refundability.  All ticketing at present, Byrne points out, comes with the ability to change a flight for free up to 48 hours before departure.

“It’s something we introduced if you’re not quite sure how your trip is going to pan out…maybe there’s something you were going to do that is now closed. If so you can change your reservation for free,” he adds.

A second daily Aer Lingus flight from New York to Dublin has been added for the end of August.  Byrne is hopeful that other cities usually serviced by the airline will return to the schedule at some point this year, in some capacity, “but that depends on if we get enough bookings. We’ve kept our network up for sale throughout the pandemic in the hopes that travel could come back,” he says.

Shannon Airport in Co. Clare is, for now, not an option for Aer Lingus travelers from the U.S.  Demand for Shannon plummeted during the pandemic and hasn’t returned to a level that would make it financially feasible to resume, but Byrne is definite that Shannon very much remains part of Aer Lingus’ North American itinerary in the future.  He expects that service will resume in the spring of 2022.

“We’ve been flying to Shannon from here for 60 years,” Byrne says.  “It’s a very important airport for us, and for Irish America.  When you look at Shannon it’s very busy in the summer months, less busy in the winter.  But our commitment to Shannon is foundational, especially from New York and Boston.  We know how important it is to fly that route.  We are very committed to it.”

Byrne, normally based at Aer Lingus’ North American headquarters in Long Island, New York, has been working remotely from Chicago to be closer to family.  Pre-pandemic, he traveled to Ireland once every three to four weeks.  “I can’t wait to go back too,” he says.