A battle to save Irish sausage exports to Britain after Brexit is underway. 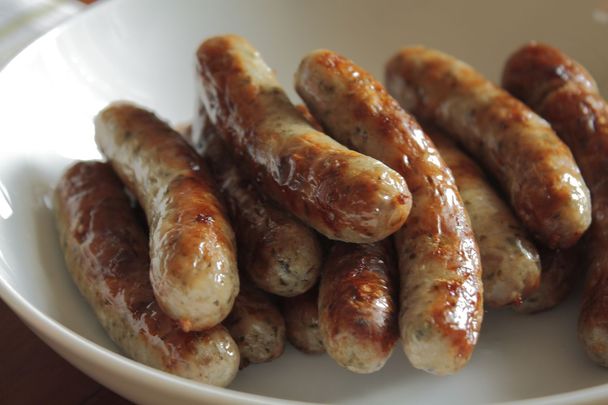 EU and U.K. officials in talks to avoid a potential two-way ban on a wide range of foods including sausages, mincemeat, and prepared meals. Getty

Last-minute talks have begun between EU and U.K. officials to avoid a potential two-way ban on a wide range of foods including sausages, mincemeat, and prepared meals moving between Great Britain and the island of Ireland next year.

Under EU rules, there are restrictions on certain meat products from outside the EU including Britain from January.

However, the U.K. has indicated it will, in turn, apply reciprocal restrictions on such foods coming from Ireland.

Industry sources have warned that the problem could pose a major disruption to existing meat supply chains between the island of Ireland and Great Britain.

Agriculture Minister Charlie McConalogue confirmed on Tuesday on RTE that negotiations are in place to prevent the ban of a wide range of foods from moving between the U.K. and Ireland.

He described the potential two-way ban as “deeply concerning” and a reflection of the many challenges that Brexit is posing.

He confirmed that negotiators are working hard to achieve a free trade agreement in the coming weeks.

McConalogue said, “We haven’t had an agreed trade deal yet and this emphasizes the importance of a deal being finalized properly and we’re working very hard towards that.”

He discussed what implications the ban would have on the meat industry in Ireland, specifically the chilled and processed meats sector.

He said, “There’s going to be significant changes come the first of January in that Britain will become a third country and that does put additional administrative requirements on all companies exporting to Britain.

“There will need to be documentation put in place in all exports going to Britain after the first of January. Each company needs to look at what will be required for them.”

Despite the many issues surrounding the potential two-way ban, McConalogue rejected the idea that this was an example of brinkmanship.