"Following a series of discussions, General Motors has decided to no longer engage with Teneo," a company spokesperson said. 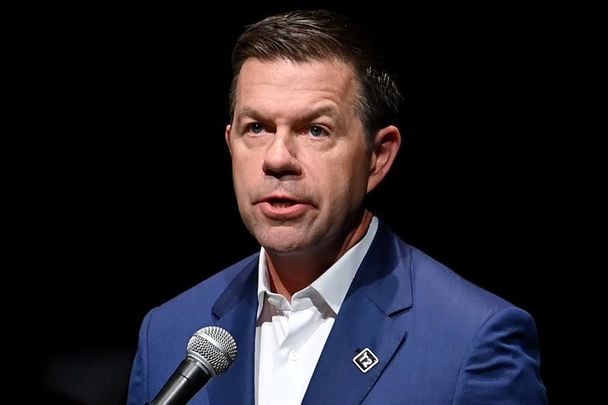 Editor's Note: Post updated to reflect new information that General Motors has severed ties with Teneo over the incident.

"Following a series of discussions, General Motors has decided to no longer engage with Teneo," a company spokesperson told the Financial Times.

Teneo is reportedly seeking to reassure its multinational clients in the wake of reports that Kelly inappropriately touched three women at a Global Citizen event in May. Kelly had been disproportionately important in attracting leading clients to Teneo prior to the incident.

Kelly has also been ousted from his role on the board of Global Citizen and has relinquished some of his duties as one of the heads of Teneo in the wake of “inappropriate” behavior on his part during a Global Citizen event in May.

“At a large cocktail party that evening attended by dozens of people including Global Citizen board members and guests, Mr. Kelly became inebriated and behaved inappropriately towards some women and men at the event,” a spokesperson for Kelly told the Financial Times.

The spokesperson said that Kelly “deeply regrets his actions” and has apologized to those he offended.

Kelly, a native of Co Tipperary, was an organizer for the May 2 concert called Vax Live: The Concert to Reunite the World which was chaired by Prince Harry and Meghan Markle and featured performances from Jennifer Lopez and Foo Fighters, as well as appearances from President Joe Biden and Pope Francis.

While Kelly was removed from the board of Global Citizen the day after the incident, an investigation into the matter is ongoing, according to the Financial Times.

Kelly remains chair and chief executive of the public relations and advisory company Teneo, which is headquartered in New York City and has an office in Dublin but has “temporarily reduced his work responsibilities,” according to his spokesperson.

Kelly is "committed to sobriety" and was "undertaking ongoing counseling from healthcare professionals," his spokesperson said.

The Financial Times notes that Global Citizen’s board is chaired by Christopher Stadler, a CVC Capital Partners executive who led the private equity firm’s $350m investment in Teneo in 2019. That deal gave it a majority stake and valued Teneo at $700m.

Kelly, who has Irish and American citizenship, is highly influential in politics and business. In 2005, he was named in IrishCentral's sister publication Irish America magazine's Business 100 Awards, which lists the "top one hundred Irish American businessmen in the US."

In 2007 and 2008, Kelly served as a leading advisor to Hillary Clinton's presidential campaign. As it happens, Kelly first met the Clintons at an Irish America magazine event in New York City.

In 2009, he was appointed as the US Special Envoy to Northern Ireland, a role he remained in until 2011. That same year, he co-founded Teneo in New York City with his longtime colleagues Douglas Band and Paul Keary.