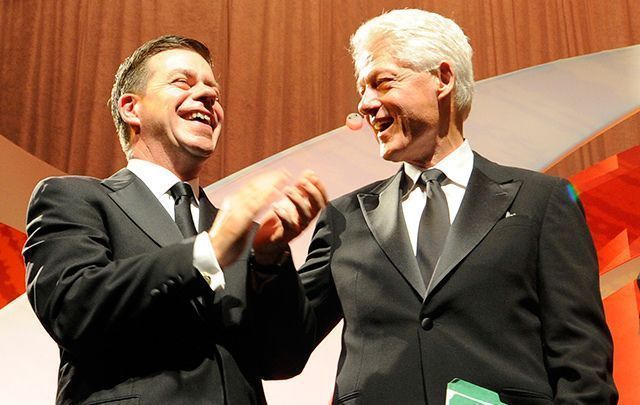 An influential Irish-US businessman is pledging to eradicate global poverty by holding a Live Aid-styled event in 2020.

Tipperary-born Declan Kelly is the co-founder of international advisory firm Teneo, which is set to hold a large media event next year reminiscent of the famous global concert. Speaking on Irish chat show The Late Late Show, Kelly announced he wishes to “eradicate global poverty and climate change.”

The Teneo event is aimed at securing multi-billion-euro commitments to meet the United Nations' 'Global Goals' for a better world. “Global Goal Live: The Possible Dream” is a year-long campaign that will culminate in a global media event. Kelly revealed that he was inspired to organize the campaign after meeting with Hugh Evans, CEO of Global Citizen, an international movement aimed at ending extreme poverty by 2030.

Hi there! EXO is one of our artists that will be at one of our five locations for #GlobalGoalsLive in 2020. Read more here: https://t.co/MEKEviAXBV

The main event is scheduled to take place on September 26, 2020, spanning across five continents.

“It changed my life when I met him because I suddenly realised that there was something else worth doing that was much more important than what I was doing,” Kelly said.

“And so I flung myself right into the whole cause of Global Citizenship with him.”

He comes from humble roots – a small farming family in Tipperary – and had an incredible rise to the top levels of American finance and political influence.

Kelly was widely considered one of the most talented Irish guys to hit town when he came to New York in 2000. He came down a different path to success in the public relations field, starting off as a journalist in his hometown newspaper in Nenagh, County Tipperary, before working with the Cork Examiner and then leaping into the public relations world. He was named business journalist of the year in 1994.

“We’re not asking people to donate money,” Kelly explained of the event.

“It’s not a telethon like Live Aid was. Essentially there are 17 UN sustainable development goals. The three that are important in this context are gender equality, climate change and poverty eradication.

“When you go around the world and you tell people this, what can we do to change it? We’re going to raise awareness to get commitments up to the value of $350 billion between now and the 26th of September next year. Why $350bn? Because that’s what it costs, every year for the next 10 years, to eradicate global poverty and climate change.”