The Ancient Order of Hibernians (AOH) will host its live webinar on the Aidan McAnespie verdict and Amnesty Bill on Saturday, December 10. 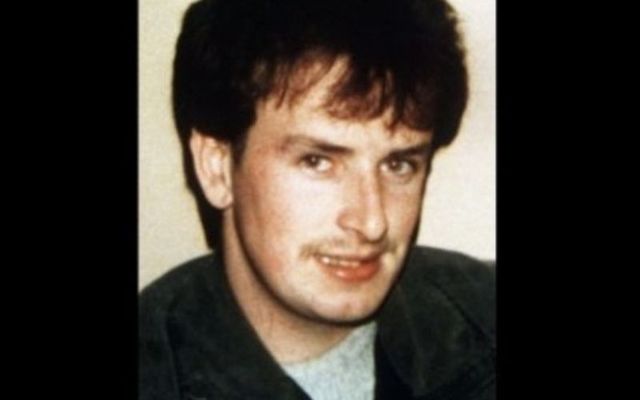 The historic guilty verdict against a former British trooper for the 1988 murder of Aidan McAnespie was cheered by his family and justice campaigners but dismissed as a “witch hunt” by British Army veterans vowing to push ahead with amnesty legislation.

McAnespie’s niece Una McCabe and civil rights lawyer Niall Murphy will discuss the verdict and its wide-ranging legal implications in a live webinar broadcast hosted by the Ancient Order of Hibernians (AOH) on Saturday, December 10, at 11 am EST / 4 pm Irish time.

The broadcast will include an update on the British Northern Ireland Troubles (Legacy and Reconciliation) Bill, designed to take away legal channels for justice about legacy killings.

You can tune into the AOH Webinar on McAnespie Verdict and Amnesty Bill here on December 10:

McAnespie, 23 years old, had just walked through the Aughnacloy British Army checkpoint near the Co Monaghan border on February 21, 1988, when he was shot in the back by British Army trooper Michael Holden, wielding a machine gun. McAnespie, who was on his way to play Gaelic football, had just been searched and given permission to proceed.

Family members noted that the victim had frequently been subjected to threats and taunts by British troopers when he passed through the checkpoint either to work at his job in Monaghan or play Gaelic sports. The trooper said his hand slipped and he was fined £370 by the British Army.

Justice O’Hara rejected Holden’s explanation as “a deliberately false account of what happened” because of the amount of force necessary to fire the weapon and found him guilty of manslaughter.

McCabe will talk about her family’s 34-year campaign for justice and the toll it took on her mother Eilish, now deceased, and other family members who did not live to see the verdict. She will also speak about the impact on hundreds of other families, who have also been fighting for truth about the murder of loved ones, but now fear British amnesty legislation will take away legal rights to get prosecutions, inquests, Ombudsman reports or civil suits.

Murphy is one of the civil rights lawyers who are being vilified for efforts to get justice in legacy cases derided as lawfare. He will give a legal overview of why it took 34 years to get justice for McAnespie, and what the implications of the amnesty bill would be.

Once again, American politicians and members of Irish American organizations including the Irish American Unity Conference, Brehons, Irish Northern Aid, and Ladies Ancient Order of Hibernians have been invited to join.

*This column first appeared in the November 0 edition of the weekly Irish Voice newspaper, sister publication to IrishCentral.