Icelandic airline Wow air yesterday announced the start of a new service between Dublin and Chicago via Reykjavik for as little as $181 one way, including taxes and charges. 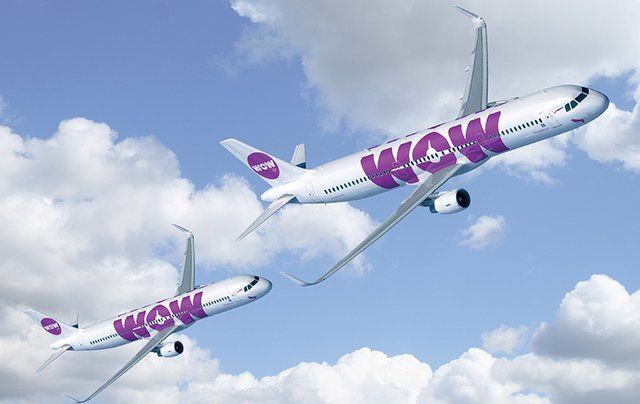 Icelandic airline Wow air yesterday announced the start of a new service between Dublin and Chicago via Reykjavik for as little as $181 one way, including taxes and charges. Set to fly four times a week (Mondays, Wednesdays, Thursdays and Saturdays) year round, the low-price route will offer travel between July 2017 and March 2018, making the Windy City or Dublin a top option for Christmas shopping or for St. Patrick’s Day festivities.

“We are thrilled to be able to offer our Irish passengers more affordable travel to transatlantic destinations and to continue our mission to offer the lowest fares across the Atlantic,” said Svanhvít Fridriksdóttir, Director of Communications at WOW air.

“With its unique history and attractions, and the city’s deep ties to Ireland, it’s easy to see why Chicago appeals to Irish travelers.

“We’re delighted to add it to our route list and are pleased to be able to make the city more accessible than ever before.”

Travelers from Chicago and the Midwest are now among those who can avail of the ultra-cheap new flights to Ireland for a late summer vacation or a winter break.

The flights went on sale from July 13 from Dublin airport to Chicago’s O’Hare airport with a stopover in Iceland which could be extended into on either the outgoing or returning leg into a stopover of unlimited time. At peak summer schedule the flight schedule may also increase to as many as six days a week.

Commissioner at Chicago Department of Aviation, Ginger S. Evans, said at the route’s announcement in March: “This announcement is great news for the City of Chicago and O’Hare International Airport. I want to thank WOW air for choosing Chicago as its first central destination in North America.

“This new service is estimated to generate approximately $80 million in annual economic impact for the Chicago region, and will boost tourism and business for both the cities of Chicago and Reykjavík.”

The new route adds to nine others already offered by the Icelandic carrier via Reykjavik. WOW air currently flies to New York, Boston, Washington DC, Toronto, Montréal, Miami, Los Angeles, San Francisco and Pittsburgh, the first of which was announced in June 2015, from Ireland.

Wow air and rivals Norwegian Air are revolutionizing the transatlantic options between Ireland and the US, offering budget prices between Dublin, Cork, and Shannon and a multitude of US airports.

Read more: Why you should visit Ireland with WOW Air and Cork Airport