We take a look at some of Dublin's resident wildlife as part of National Pet Month. 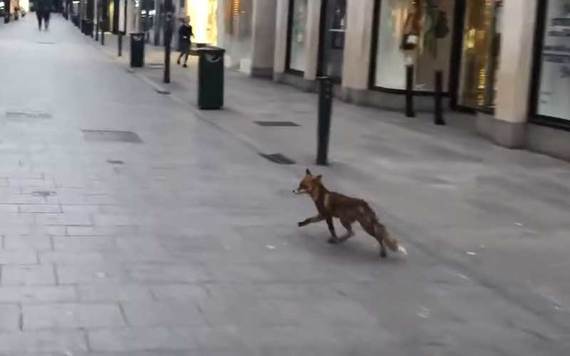 Our capital city, Dublin has many modern aspects, but it also has a significant wild side with plenty of wildlife animals hiding in plain sight. We take a look at some of Dublin's resident wildlife as part of National Pet Month.

There is evidence that the banks of Liffey, Dublin’s main river, were inhabited as early as 140 AD when the settlement was called Eblana. However, it was when Vikings sailed up Liffey in 841 AD and established their settlement, Dyflin, downstream from Gaelic river crossing Átha Cliath, that it became significant.

Dublin City in the 21st century is a thriving modern capital city – yet it is truly amazing how much wildlife there is still here. Our capital is a city of over one million inhabitants, according to 2006 statistics. The urban center can be defined as the area inside the M50 motorway, which has the highest population density in Ireland, with an average of 4,304 persons per square kilometer. 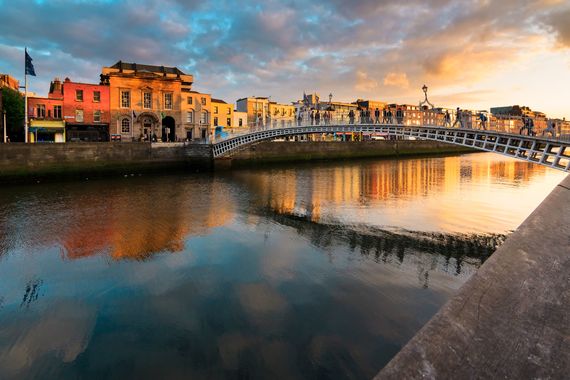 Dublin lies in the driest part of Ireland and urban infrastructure, with its concrete brick and stone, raises the temperature to give an urban microclimate, which is somewhat warmer than surrounding non-built up areas.

The capital is very well endowed with rivers and streams. Starting on the north side, the Santry river flows into what is quaintly known as Blue Lagoon, the strip of water between mainland and Bull Island. Not too far away is the Nanniken, which on its way to sea forms two lakes in former Guinness estate now known as St. Anne’s Estate, or People’s Park, which also abuts Blue Lagoon.

Staying on the north side of the city, the River Tolka with its normally calm waters belies the force it generated in 1954 when it broke its banks and flooded most of North Strand and adjoining neighborhoods.

Running parallel to it for some distance is the Royal Canal, which links Dublin Bay with Shannon, as does its counterpart, the Grand Canal, south of Liffey. The Liffey marks cultural, and indeed almost tribal, division of the city into northside and southside, and has the distinction of being celebrated as Anna Livia Plurabelle by James Joyce.

Further along the south side, the Camac, Poddle, and Dodder are main riparian flows, all with many tributaries. These rivers are vital wildlife corridors and are responsible for the huge diversity of freshwater wildlife that we have in Dublin City.

Ireland has just two freshwater mammals – otter and mink. Both of these species occur in Dublin’s rivers. Otters are at top of the river food chain and are only present in oxygen-rich waters. If otters are present in a river, it is a sign that the whole food chain is there to support them. This is proof of good water quality of the river.

Dublin has an unenviable reputation of being the first place where mink escaped into the wild in Ireland. The mink is a native of North America and was introduced into Ireland in the 1950s for fur farming. One of the first mink farms was set up in 1955 on Dundrum River, a tributary of Dodder, which is notorious for flooding. The very first winter minks were in residence, a great flood went down Dodder and up Dundrum, and all cages with minks in them were swept downstream; minks escaped, and have been denizens of Dodder ever since.

Dublin’s rivers and canals are surprisingly full of fish, primarily because no sewage is pumped into our waterways, hence they’re free of organic pollution. This provides excellent habitats for salmon, trout, eels, stone loach, minnow, lamprey, and stickleback, as well as rudd, perch, roach, pike, tench, carp and bream. The Liffey stretch at Islandbridge is famous for catching of the first salmon of the year, and while Dodder has few salmon, it is well endowed with sea trout and wild brown trout.

The city center is well covered by birds of many different hues, although pidgeon and seagull would be most numerous. There is also scavenging urban fox – one particular fox “rejoices in prestigious address of 1 Grafton Street (our most fashionable boulevard). It lives in the garden of Provost of Trinity College, and patrols Grafton Street at night, making its way as far as St. Stephen’s Green, if necessary, in search of food.” The proliferation of restaurants and food outlets in the area provides substantial and varied eating for such creatures.

The grey squirrel is to be seen all over Dublin. This brash creature is a native of North America, and the story goes that when a basket of six grey squirrels, offered as a wedding present at a society wedding in Longford in 1911, was opened, squirrels shot out and escaped into nearby woods. About thirty years ago they reached Dublin, and are displacing our native red squirrel because greys can eat a range of foods including unripe acorns, whereas reds can only eat ripe acorns.

Dubliners and visitors alike are fond of eating Dublin Bay Prawn, an excellent delicacy, but completely misnamed. It’s not a prawn – it’s a small lobster – and it never lived in Dublin Bay. These shellfish live in burrows below the seabed, are hunted by cod, ray, and dogfish, and caught with bottom trawling nets. They occur in the Irish Sea, off the west coast of Ireland, and all way from Iceland to Morocco, but Dublin claims them as their own.

Éanna Ní Lamhna wrote the text of the book "Wild Dublin," from which these excerpts are taken. Trained in botany and microbiology, she is the author of several popular wildlife books. She has been president of An Taisce, national trust for Ireland. Photographer Anthony Woods, who provided images, has worked with Irish and international magazines, and his photos have illustrated a number of books, including "Between The Mountains and The Sea."