What’s going on around Ireland this St. Patrick’s Day

From Dublin to Kinsale and back up to Mayo – there are events taking place across the country in celebration of everything Irish! 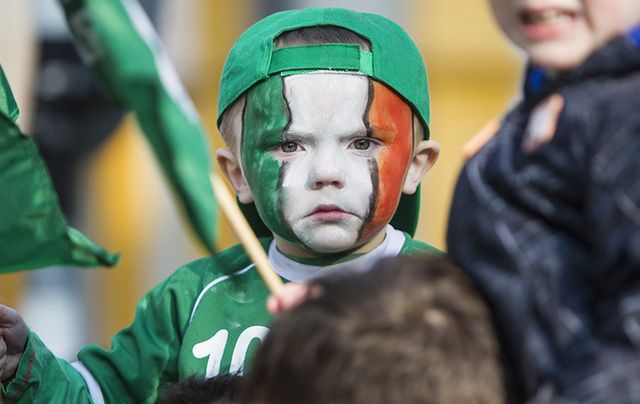 From Dublin to Kinsale and back up to Mayo! There's events taking place across the country in celebration of everything Irish! Inspireme.ie

St. Patrick’s Day falls on a Friday this year, meaning we have a long-weekend of celebrating all things Irish to look forward to here in Ireland. It’s almost like St. Patrick himself planned it!

If you’re lucky enough to be spending St. Patrick’s Day in Ireland, here’s a snapshot of some of the upcoming celebrations.

Dublin’s St Patrick’s Day festival will kick off on Thursday, March, 16. The festival runs for four days and includes 30 events. The highlight will be the parade on St Patrick’s Day, which will weave its way through the heart of the capital city in a flourish of color and flair. Expect plenty of action throughout the weekend, with big crowds and plenty of atmosphere.

Here’s just a taste of what last year’s festival was like:

Down the road, or a short train journey away, in Bray, County Wicklow, a festival smaller in scale, but no less entertaining is planned.

How about a fun-filled Irish-dancing course in the morning, followed by an open air céilí to show off your newly acquired skills?

Free concerts, guided walks and fun fairs mean there is something for all ages on the agenda.

Dungarvan, on Waterford’s Copper Coast, is also starting the party on the 16th, with fireworks on the Quay at 9pm with bands and music playing from 7.30pm.

Stay local for the parade at 3pm on St. Patrick’s Day, or check out the Waterford City parade at 1pm, which is celebrating the newly developed Waterford Greenway.

Serious action taking place in almost every town in Ireland!

Sticking to the coast, a little further west Kinsale in County Cork is having two parades.  The traditional land parade at 4pm on St. Patrick’s Day, and a maritime parade the night before where local boats will light up the harbor.

It’s always a good time to visit Killarney, but the town pulls out all the stops for St Patrick’s Day. Events will run throughout the day from 11am to 6pm on the 17th and will be a showcase to celebrate a variety of sports, activities, musicians, dancers and of course a few local characters.

And this being Kerry, local characters are plentiful!

St Patrick's Day is the final day of Limerick's week-long Kindness Festival, so expect good vibes across the city. There is a Trad Trail. Follow the trail for great traditional music at various locations around the city from March 16 - 19.  The Limerick International Band Championship takes place on Sunday the 19th at noon and will be a fantastic spectacle.

If that’s not enough, on Saturday and Sunday there is national hunt racing at Limerick racecourse with seven races to enjoy each day. Truly something for everyone.

Westport has more reasons to celebrate this year than most, as the town marks the 250th anniversary since its foundation. A full day’s festivities are planned for the 17th, with an open-air traditional session at 1.00pm followed by the parade, an open-air céilí and street musicians.

The Harbour at Westport Quay is the location for Saturday’s festival program featuring street performers, including Arcana’s giant U2 heads and a spectacular fireworks extravaganza at dusk.

All the big parades have provisions in place for those with special accessibility requirements, so everyone can enjoy the fun. Inspireme.ie have this information on their website.

But no matter where in the country you end up you won’t be far from a parade or celebration. Visit www.inspireme.ie to find the details of over 150 parades from Arvagh in Cavan, to Youghal in Cork. They will vary in scale and substance, but one thing they will all have in common is a wonderful community behind them. Is there anything more Irish, on our national holiday, than wearing the shamrock while cheering as the freezing under-12 camogie team parade past, followed by a procession of old tractors decorated with balloons?