Year-round flights to Reykjavik from Dublin will start from May 2018, linking Ireland US and Canada. 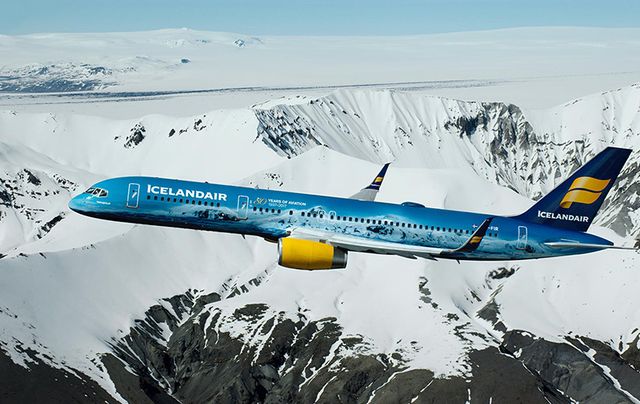 Flights from Dublin to Reykjavik to take off from May 2018.

Year-round flights to Reykjavik from Dublin will start from May 2018, linking Ireland US and Canada

Dublin Airport has welcomed the news that Icelandair will launch a new year-round, direct service, six-times per week to Reykjavik, from May 2018. The new service will also have connections to and from 20 gateways in North America.

“Iceland is a very popular destination for short breaks and is on many people’s bucket list and Dublin Airport warmly welcomes today’s announcement from Icelandair, which further strengthens the connection between the two countries.”

NEWS: Icelandair have announced a new Reykjavík–Keflavík to Dublin route with flights commencing in May 2018. This should be good news for customers, as they will provide competition to WOW Air who are already established on this route. #Icelandair pic.twitter.com/9aNpWWa4zs

Harrison added “This new service will also provide additional options for North American visitors to get to Ireland, which is great news for the Irish tourism sector and the many thousands of businesses that it supports throughout the country.”

Icelandair Chief Executive Birkir Holm Gudnason said “We are excited to provide a service to Dublin, also known as one of the friendliest cities in Europe.

“Ireland will be a welcome destination for North American travelers wanting to explore castles, culture and have access to the beautiful Irish countryside, with green fields, friendly, English-speaking residents and a rich and exciting history,” he added.

When it launches its services next May, Icelandair will become Dublin Airport’s 22nd new scheduled airline since 2010. “We’re growing the business at Dublin Airport for the benefit of the entire Irish economy, offering more choice and connectivity for passengers,” Harrison said.

Icelandair has been in operation since 1937 and celebrates its eightieth anniversary this year. The airline offers service to and from Iceland through its hub at Keflavik International Airport serving 20 destinations in North America and more than 25 destinations in Scandinavia, the UK, and Continental Europe.

More than 20 million passengers have traveled through Dublin Airport in the first eight months of the year, which is a 6% increase on the same period in 2016. Dublin Airport has welcomed 1.2 million additional passengers in the period between January and August.

Dublin Airport has direct flights to more than 185 destinations in 41 countries operated by a total of 47 airlines.