WOW Air’s transatlantic flights are cheap, very cheerful and offer the option of a free vacation to Reykjavik. 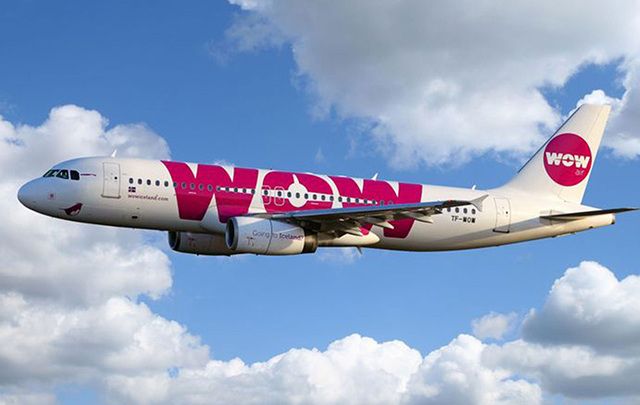 I’d never been to Iceland before so who was I to turn down the opportunity of a two hour layover in Reykjavik on my trip back to New York from Dublin on WOW Air, the Icelandic budget airline?

If you’re looking for a cheap flight to Ireland then WOW Air’s service to and from Newark Airport is one of your best bets. I only booked my return flight a month before and it still came to under $300, which is only about ten times the price it would have cost me to fly from Dublin to visit my parents in England at similar notice.

The flight to Reykjavik lasts only two hours and the plane is pretty similar to those used by Ryanair. The main differences I could see were that the staff on board make jokes about Vikings and there are plugs to charge your phone. Michael O’Leary would never do that for you.

Coming into Iceland I noticed that there was no snow to be seen on an island that I expected would be frozen white for most of the wintertime. I wondered whether this was due to global warming and the record heat we experienced in 2016 but no, it would seem that winters in Reykjavik are strangely mild for the world’s most northerly capital. I guess I’ll have to go to Canada if I want to experience snow.

Keflavík International Airport was built by the US army during World War II. Although Iceland never officially picked a side during the conflict, it was occupied by the Allies for most of the war. In 1940 four British warships sailed into Reykjavik and carried out perhaps the most orderly invasion in the history of the British Empire. Not a single shot was fired, sailors simply walked ashore and locals helped their invaders unload. Taking advice probably from their British allies – who always built great infrastructure in the countries they invaded – in 1943 Keflavík Airport was constructed by and for the US military and has been the nation’s primary international airport ever since.

Even though I never made it outside to breath the pure Icelandic air, if I stood next to the door I could still feel a chill and that was close enough. Snow or no snow it was pretty cold. What was far more concerning was the outrageous price of food in airport. Just bring your own lunch, trust me.

What was far more reasonably priced was the stuffed puffin they were selling in the excellent gift shop; as there was only one left it was clearly an 'in demand' item and priced at only 31,900 krona ($281) it was certainly a steal. If I hadn’t already spent just fractionally less on the sandwich I had just eaten for lunch I would have been sorely tempted to buy it.

Certainly they really seem to love puffins in Iceland. There were a lot of puffin fridge magnets for sale. Whale ones too. The common thread that unites these two animals, I later learned, is that they are both Icelandic delicacies.

The second leg of my flight from Reykjavik lasted only 5 hours. I’m a bit of a fidgeter so 5 hours is the limit of my ability to sit still. There’s no in-flight entertainment unless you rent an iPad but with a feather light 600 page book on Britain’s decision to leave the EU I had more than enough to be getting on with. Another plus about flying into Newark is the view of New York City’s skyline as the plane begins its descent – it is pretty stunning.

Coming down ain't so bad! View of New York City from the air.

At Newark I cleared immigration in just over an hour; therein is one of the huge benefits of flying direct from Dublin or Shannon – preclearance. If you do that you can just stroll off the plane and out into the Land of the Free, but if you don’t and you're an immigrant, expect to stand in line for at least at hour. That said, at least they were nice enough to provide us with a few TVs showing CNN. My stomach does a slightly smaller back flip each single time I see the word “President” and “Trump” written together so watching rolling news for a full hour made for slightly uncomfortable, if necessary, viewing.

I thought I lost the blue piece of paper you fill out for customs – on which I had dutifully translated “jumper” to “sweater” out of respect for US misuse of the English language – and the really kind security guard let me skip the line after I bashfully went back to look for it, only to realize it’d been in my pocket the whole time.

Altogether, I’d say I’d fly WOW Air again. It’s cheap and it breaks up a transatlantic flight into two manageable legs. Plus, if you book a return with them you can stay a few days in Iceland at no extra cost.  I’ve always want to see the Northern Lights and go whale-watching, maybe next time I’ll have the chance.