A massive redwood forest is to be planted on the grounds of Birr Castle in Co. Offaly. 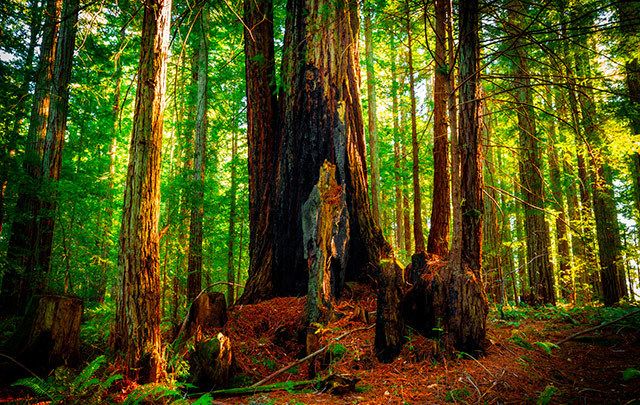 A major development called Giants Grove has been planned on the grounds of Birr Castle Gardens, County Offaly, to create the largest forest grove of giant redwood trees outside of the US state of California. This legacy project is being created by Lord Rosse, the seventh Earl of Rosse, in conjunction with Crann ‘Trees for Ireland’, an environmental organization dedicated to the promotion and protection of trees, hedgerows and woodlands in Ireland. Birr Castle Estate has allocated land for the project and planting is expected to begin in Spring 2017.

Birr Castle Gardens is one of Ireland’s premier tourist attractions renowned for their collection of trees from around the world. The Gardens are also home to the Great Telescope known as the Leviathan which was built in the 1840s and was the largest in the world for over 70 years. In 2013 Irelands largest tree house was constructed within the grounds.

The addition of Giant Redwoods to their collection will restore these trees, which were native to Ireland before the geologically recent ice age, to Ireland’s lush landscape. The Redwood National and State Parks in California are currently home to the world’s largest collection of Giant Redwoods but due to climate change, there has been a decrease in numbers recent years. Giants Grove is designed to help sustain the decreasing numbers and help with their long term survival for the next 1,000 years.

The magnificent Birr Castle and its gardens.

Giants Grove will provide the people of Ireland, both at home and abroad, the opportunity to sponsor space in their names or the names of loved ones who have passed away. Sponsorship starts at $545 and will help cover planting and establishment costs as well as creating a trust fund for the care and maintenance of the forest grove.

Sponsors will also be given a certificate with GPS details of their place within Giants Grove, while also having their names inscribed in a book of honor at Birr Castle and online at www.giantsgrove.ie.

He went on to say, “By investing in this project with us, the sponsors will have the opportunity to make a personal impact on Ireland’s environment and world biodiversity conservation.”

Can Ireland create a forest as spectacular as the California Redwoods?


For further information go to www.giantsgrove.ie.