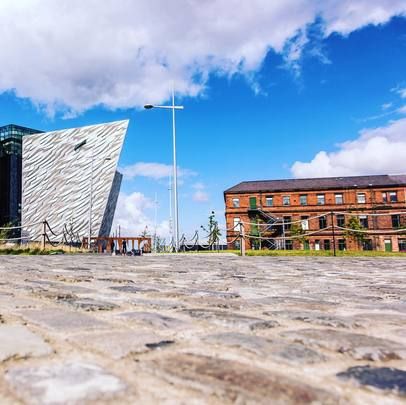 A stunning new hotel inspired by Belfast’s rich maritime history will open its doors to the public this September after a $36m (€31.5m) investment.

This new hotel will take inspiration from the city’s most famous ocean liner, RMS Titanic, which was constructed in Belfast before its ill fated maiden voyage from Southampton in England to New York City.

Titanic Hotel Belfast, which is currently under construction, will be located at the old offices of the famed shipbuilders Harland and Wolff, which began building the Titanic in 1909. This latest attraction in Belfast will offer 119 stylish rooms starting at $180 (€158) per night, as well as a 140 seater restaurant equipped with a 1920’s themed cocktail bar.

General Manager for Titanic Hotel Belfast, Adrian McNally, said: "There's a huge amount of design we have tried to carry through from the ship. You'll see the rivets on the back wall and the lamps are stuff that you would have seen on an old ship. The designer – Maria Rice – has done everything she can to get the Titanic nautical theme into this.

"Most rooms will have an amazing view; one side will have the cranes, Samson and Goliath – there's going to be huge demand for them, because everyone loves the cranes – while the other side will have the Titanic visitor attraction and the architecture of it is stunning as well. So there's no bad view anywhere."

This new venture is expected to attract over 50,000 visitors before the end of the year and the hotel has already taken multiple room and function bookings. Several event spaces will be available within the hotel for functions in the old offices of Thomas Andrews, Lord Pirrie and Mr Charles Payne, notable figures with Harland and Wolff.

Much of the old flooring and tiles have been salvaged and restored during construction, with developers eager to keep as much of the original aesthetics as possible while also incorporating the Titanic theme.

John Doherty, Group Creative Director at property management and construction firm Harcourt Developments said, “History and heritage helped build this hotel, and it can be seen in every aspect of the finish, from the carpet to the cornices. We are working with the Heritage Lottery Fund and the Titanic Foundation to ensure Belfast’s illustrious shipbuilding legacy is told in true style.”

Titanic Belfast Hotel will open its doors to the public this September and will be holding a free six week exhibition offering tours on the history of the building.

Could you be tempted to join the experience at this new luxury hotel?