From stunning mountains and vistas to the resting place of St. Patrick himself, Co. Down in Northern Ireland has much to offer. 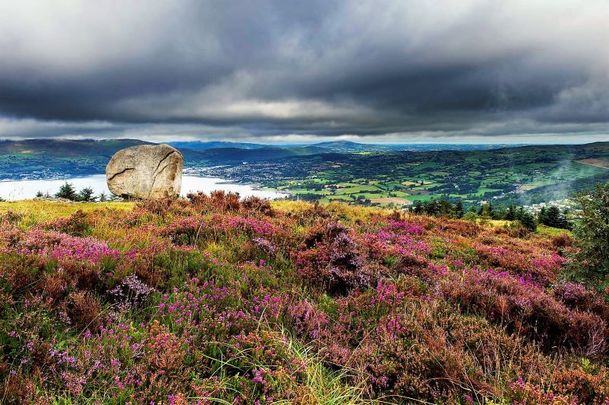 The Mourne Mountains in Co Down. Ireland's Content Pool

On the farthest east on the island of Ireland, you will find County Down in Northern Ireland.

It may not be the most famous of Northern Ireland’s six counties, but oh what a mistake it would be to miss out on Down’s natural wonders and historic sites on any visit to the Emerald Isle.

From stunning mountains and vistas to the resting place of St. Patrick himself, Co. Down has a plethora of off-the-beaten-track attractions to offer.

Here are five of the most popular places to visit in Co Down: 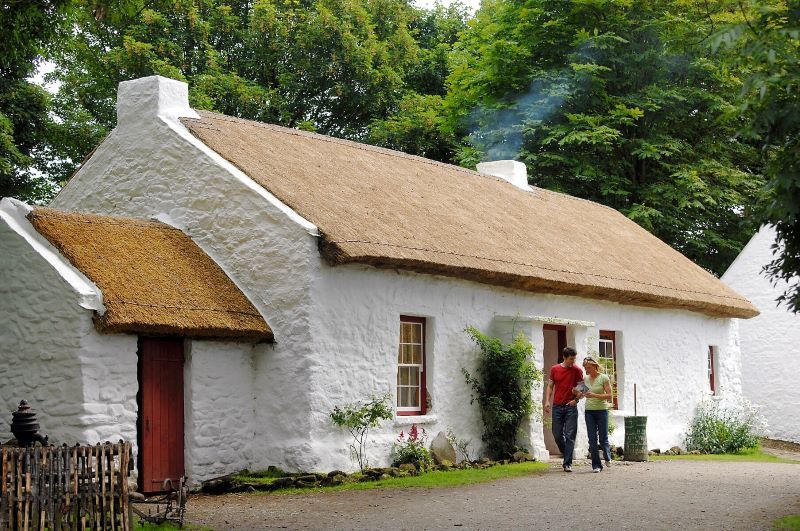 Be transported 100 years in the past at the charming and highly educational Ulster Folk Park and Transport Museum in Holywood, Co. Down (birthplace of golf-great Rory McIlroy). Across 170 acres of rolling countryside overlooking Belfast Lough you will find a historically accurate recreation of an Ulster town, complete with thatched cottages, farms, schools and shops, populated by costumed visitor guides to educate you about day-to-day life a century ago.

Meanwhile, the Transport Museum contains one of Europe’s largest and most comprehensive transport collections, featuring horse-drawn carriages, steam engine trains, Irish-built cars, old airplanes and more. There’s even an exhibition dedicated to the Titanic, which was built in Belfast at the Harland and Wolf Shipyard. 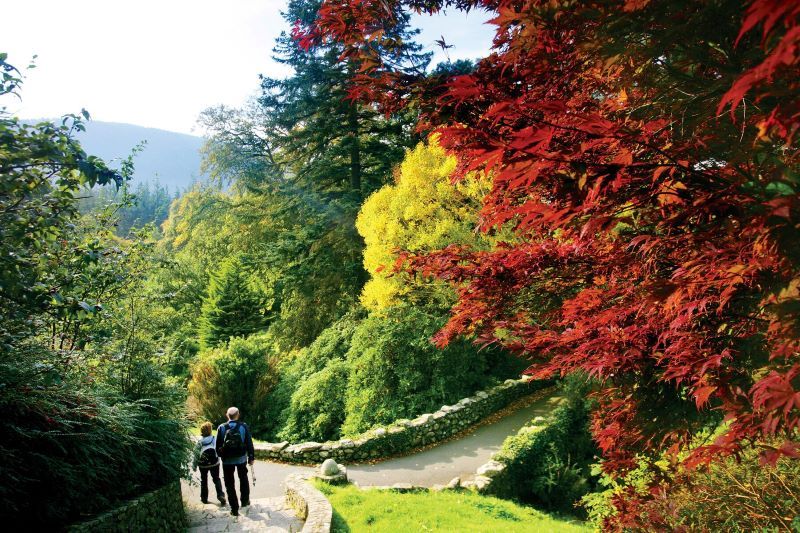 The first state forest park in all of Northern Ireland, Tollymore sits upon 1,600 gorgeous acres along the Shimna River, in the foothills of the Mourne Mountains. From the Norman invasion of Ireland in 1177, it was owned by the Magennis clan It then passed to the Hamilton family through marriage in the 1660s and then in 1798 to the Roden family, who sold it to the Ministry of Agriculture in 1941. It became a state park in 1955.

Tollymore (Tulaigh Mhór, meaning “large hill or mound”), is laced with beautiful paths and trails and dotted with natural wonders, grottos, caves, and rare flora and fauna, in addition to a number of architectural structures and oddities. The Shimna River is crossed by 16 bridges, the oldest of which dates to 1760. Thomas Wright, a friend of James Hamilton, constructed many follies there, including gothic gates and a barn that looks like a church. To top it off, it’s also been used as a Game of Thrones filming location. 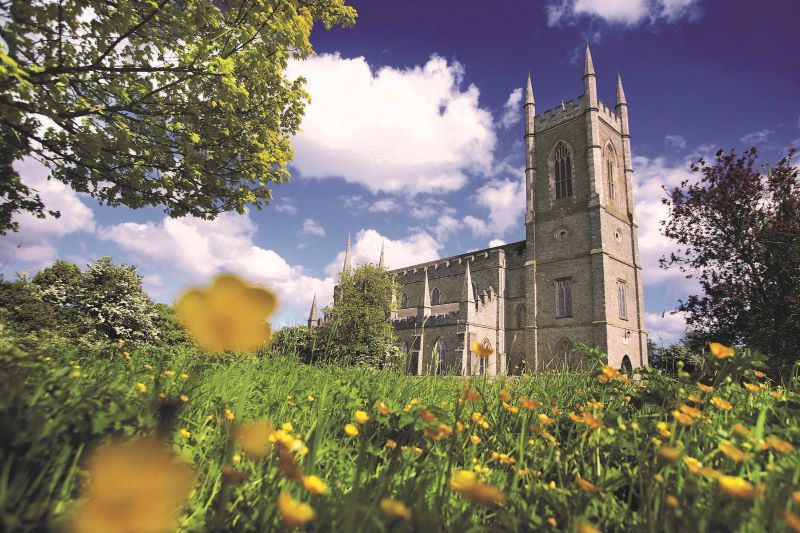 Downpatrick is the county town – the town from which County Down draws its name – and has been a place of great importance since ancient times. At the center of Downpatrick stands Down Cathedral, believed to be the final resting place of Ireland’s patron saint St. Patrick. After saying his final Eucharist at Saul (also in Co. Down) in 46, the monk and scribe Muirchu described his burial as follows: “Let two untamed oxen be chosen and let them go wherever they will with the cart that carries your body and wherever they stand still, there a church in honor of your body shall be erected . . . untamed oxen were chosen and they steadily drew the cart containing the holy body placed on their necks and, guided by the will of God, they went out to Dun Lethglaisse (Down) where Patrick lies buried.” A memorial of stone from the Mourne Mountains was placed at his approximate burial site in 1900.

The grounds upon which the cathedral sits have been a holy site since the 12th century when they were home to a church to the Holy Trinity. It was destroyed and re-built numerous times and even lay in ruin for two centuries before being restored in 1790. 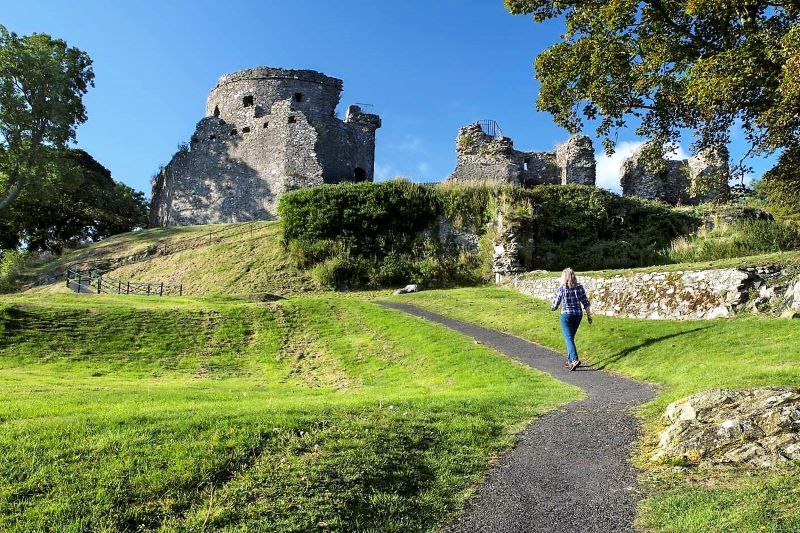 No trip to Ireland would be complete without exploring some castle ruins, and Dundrum Castle is a perfect example. A beautiful piece of Norman architecture, it was built by John de Courcy at the start of the 13th century. Free to visit, the grounds offer stunning views of Dundrum Bay and the Mourne Mountains. 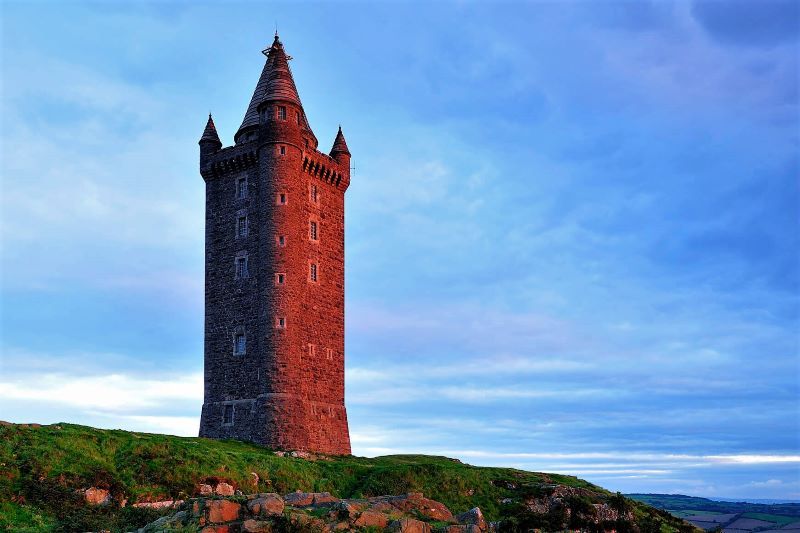 Want an unparalleled view of the Irish landscape, all the way to the coast of Scotland? Look no further than Scrabo Tower, which sits at the top of Scrabo Hill. Built in 1857, it is one of Northern Ireland’s most famous landmarks, rising 125 feet in height and 540 feet above sea level. It was constructed as a memorial to  Charles Stewart, 3rd Marquess of Londonderry, one of the Duke of Wellington's generals during the Napoleonic Wars.

It houses an exhibition about the tower’s history and 122 steps to the top. After the tower sustained water damage in 2014, visitors can now only climb to the top on specially designated days, so plan ahead! The grounds surrounding the tower also make for an excellent day trip, however.

What are your favorite spots in County Down? Let us know in the comment section!

The top five places to visit in County Cavan