As the likes of Wow Air and Norwegian usher in an era of low-cost, competitive fares across the Atlantic, here is how Aer Lingus is keeping up. 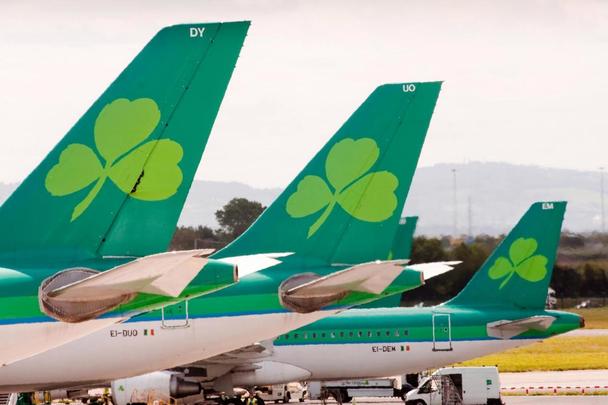 Searches on the Aer Lingus website indicate that transfers are up to 40% below their usual price.

Traditionally, potential US-based visitors to the Emerald Isle via Ireland's "only four star airline service" had to budget up to $1,000 for air transfer. Therefore the chance to fly to Ireland and back for under $500  (between late April and late August) is a major score.

Check out Aer Lingus’ summer sale! Fly from Chicago/O’Hare (ORD) to Ireland from $819*

Last year, Aer Lingus introduced a new basic economy-style option which they called ‘Saver Fare’ in a bid to compete.

In return for a price drop, passengers will be allowed one piece of cabin baggage, in-flight entertainment, and on-board meals. Traditionally included standards like checked baggage, seat selection, blanket, and headphones will come at an extra cost.

Can you guess the city in the background? #AerLingus 📸@norcal.aviation.photography

Any potential travelers to Ireland this summer should particularly consider booking dates in May and June, where flight transfer with Aer Lingus from New York to Dublin are at an unprecedented low.  For example, a return flight (from 6/1-6/12) with 'Saver Fare' comes in at just under $375.

Making the announcement, fittingly in line with the run up to St. Patrick's Day, the travel operator is offering prospective travelers $1,000 off.

Acanela's week-long trip to Ireland covers ground in Dublin, Cork, Kerry, and Galway with visits to the Blarney Castle, Ring of Kerry, The Dingle Peninsula, Slea Head, and the Cliffs of Moher.

Packages, which include accommodation, meals, in country transport, and tour guide, can be found here. (Don't forget to book before the end of March 17th to obtain your discount.)

Alternatively, to keep an eye on low cost flights to Ireland (regularly advertised as low as $400/$500) and destinations all over the world from a multitude of air lines, sign up for the daily mega-sale newsletter from award-winning service Scott's Cheap Flights here.
Read More: Saoirse Ronan denies she is "anti-Aer Lingus" after criticism over SNL sketch