The Irish actress responded to the SNL controversy during an appearance on The Late Late Show on Friday night to promote her new film 'Lady Bird.' 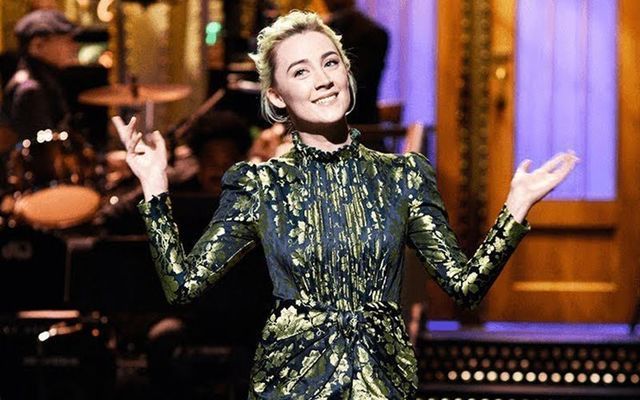 She responded to the controversy during an appearance on The Late Late Show on Friday night to promote her new film Lady Bird.

During the show, she explained why she agreed to the SNL sketch. She also stressed that she is proud of her Irish heritage and that she is not anti-Aer Lingus.

"I am not anti-Aer Lingus! I collect my points! That's how often I fly @AerLingus! - Saoirse Ronan on that controversial Saturday Night Live @nbcsnl sketch #latelate pic.twitter.com/m88uQiLruN

“One of the things that was really important for me throughout the week, Lorne Michaels, the creator of the show, had numerous meetings, and whenever he asked me what I wanted or felt strongly about, I would say I really want to use my own accent as much as possible and I want to have at least one Irish sketch.

“I got to host the show which was a huge honour and it was great to get U2.”

When asked if she was anti-Aer Lingus, the 23-year-old said: “I’m not anti-Aer Lingus! Listen, I collect my points on Aer Lingus, that’s how often I fly Aer Lingus. I shop local of course and eat Tayto! You know it was so much fun and to be able to represent Ireland and great to have U2 on the show with me.”