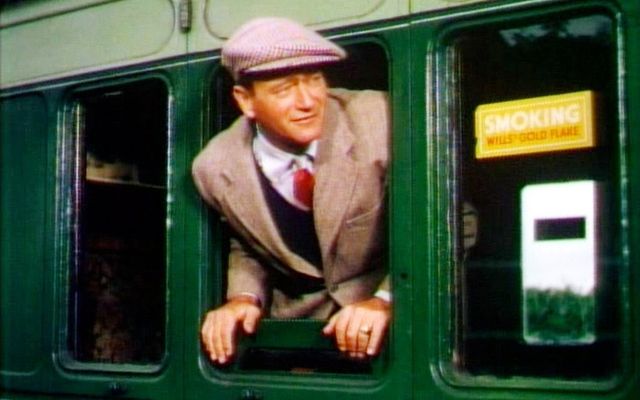 John Wayne in The Quiet Man

The iconic railway station featured in ‘The Quiet Man’ is to be renovated.

The disused railway station needs a new roof, but the local community in Ballyglunin, Co. Galway rallied to save such the famous local landmark and have begun to raise funds to complete the job.

Last month they hit the the $36,000 mark and work is due to get underway shortly.

“Work on the roof of the railway station will commence around mid-September and, when completed, it is hoped that it will become the venue for several events at the station. It will be ideal for theatre or music events,” local man Mark Gibson told The Connacht Tribune.

It’s hoped that the work will turn the parish in north Co. Galway into something of a tourist attraction. The movie has a huge fanbase and donors from as far away as the Canary Islands and North America reached into their pockets to help save the station.

Celebrities including Liam Neeson and Gabriel Byrne chimed in with their support for the project.

The station is featured in the opening scenes of the famous John Ford film, as Sean Thornton, played by John Wayne, arrives back in his hometown from the US for the first time in decades.

“The mention of 'The Quiet Man' brought about a huge amount of support from all over the world, but the initiative was also well supported locally and that cannot be forgotten.“Once the roof has been completed by early October, it is the plan to provide a tea room at the station next year. We want it to be a major focal point in the area,” Gibson added.

Would you visit the Ballyguininstation once it's restored? Tell us in the comment section.