Liam Neeson tries to save "The Quiet Man" railway station 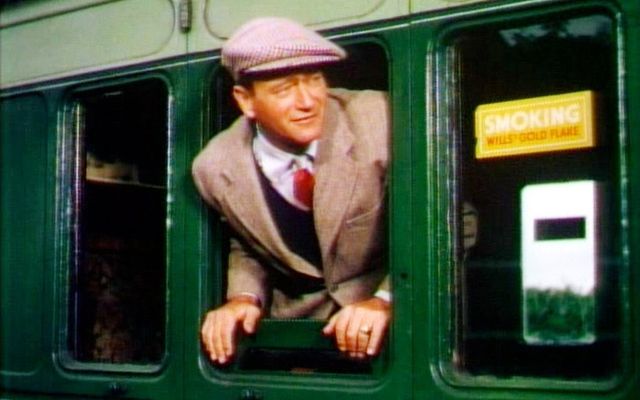 Liam Neeson has lent his support to save the railway station featured in the beloved 1952 film "The Quiet Man."

Tourists and film buffs still visit the Ballyglunin station, which was featured in the opening scenes of the John Ford classic starring Maureen O’Hara and John Wayne.

However, the station has fallen into disrepair despite care from the local community.

According to the Fundit campaign page: “The station roof has been in a bad state of disrepair for sometime but now the local community, who have worked tirelessly for years to keep this piece of Irish culture alive, are facing the prospect of it collapsing. Raising funds for a project like this is no easy task and over the years many improvements have been made by committed volunteers to keep the station standing.

"The Ballyglunin Railway Restoration Project is a non-profit organization which was established in 2004 to restore the station back to its former splendor."

The Ballyglunin railway station, now falling into disrepair was featured in The Quiet Man.

The Ballyglunin Community Development Charity, which leases the station from Iarnrod Eireann, has launched a crowd-funding campaign to raise €30,000 for a new roof. They must reach their goal by June 28 or all the funds raised must be returned.

So far, they have raised over €6,000 and their campaign has received attention world-wide, including from Irish actor Liam Neeson.

The film star got in touch with the community to officially over his support.

"I have been a professional actor for over 40 years, and during that time I have had the great fortune to have made over 70 films with many world renowned directors. Of all those directors, I would say 60 of them have said that John Ford's, "The Quiet Man," is in their top 5 list of favorite and influential films. The movie has become part of Irish folklore and is justifiably and rightly called a Classic film.

Liam Neeson, in one of his latest movies "Silence".

"The Ballyglunin train station in Co. Galway played a significant part in that film. The station is now showing its age, and requires urgent repair. We must save this iconic building, otherwise it will be lost.

"Please help save this important part of our film heritage by donating what you can to Fundit.ie or www.ballyglunin.com. Thank you." - Liam Neeson

The organization still has a long way to go to reach their goal. You can donate to the campaign by clicking on either of the links above.