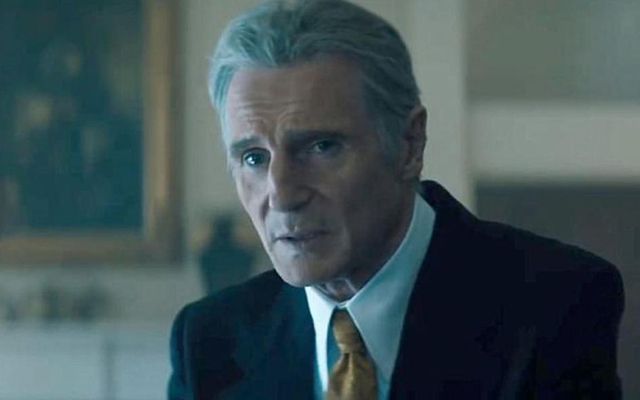 Irish actor Liam Neeson is a transformed man, looking almost unrecognizable for his new role in “The Silent Man."

Sporting gray locks and a gaunt figure, the Northern Ireland-born actor will take the lead role in the upcoming biopic which tells the true story of FBI agent Mark Felt, often known by the code name “Deep Throat.” Felt became an anonymous FBI source for reporters Bob Woodward and Carl Bernstein, in particular, revealing political corruption and cover-ups to the press that led to the Watergate scandal.

This is far from the first time Neeson has worried fans with his gaunt appearance in preparation for a role. In the making of last year’s Scorsese flop “Silence”, fans were said to be concerned that the 64-year-old Ballymena-native was ill after photos emerged of him looking severely thinner than usual.

Pictured in Taiwan, where the film was shot, Neeson looked extremely thin and gaunt, a look that was required for this role, it was later revealed. After losing 20 pounds for the part, early rumors began in the summer of 2016 that the movie could finally see the Irish star pick up a much-deserved Academy Award.

The Taken star came extremely close before, being nominated for Best Actor in 1994 for playing the main role in critically-acclaimed Schindler's List. Neeson played the role of World War Two German industrialist Oskar Schindler who saved the lives of over 1,200 Jews during the Holocaust. On the big night, however, he lost out to Tom Hanks for Philadelphia.

Also starring Andrew Garfield, Adam Driver, Tadanobu Asano, and Belfast’s Ciarán Hinds, Silence - a historical drama based on the novel of the same name by Shusaku Endo -  turned out to be a flop for director Martin Scorsese who had spent years trying to get the film into production. Neeson was also not nominated for an acting Oscar.

Having underperformed in theaters, making just $7 million in the US despite its $46 million budget, “Silence” saw studios have second thoughts about future Scorsese films. Paramount Pictures, who were due to release the director's upcoming gangster movie “The Irishman”, sold the rights to streaming giant Netflix supposedly as a result of the failure of “Silence” to bring in money for their studio.

2016 wasn’t a completely bad year for Neeson, however, as he received rave reviews from critics for his role in “A Monster Calls” where he voiced the role of an enchanted tree.