The Ballyglunin Train Station was at risk of collapse but a last ditch fundraising effort has saved the day. 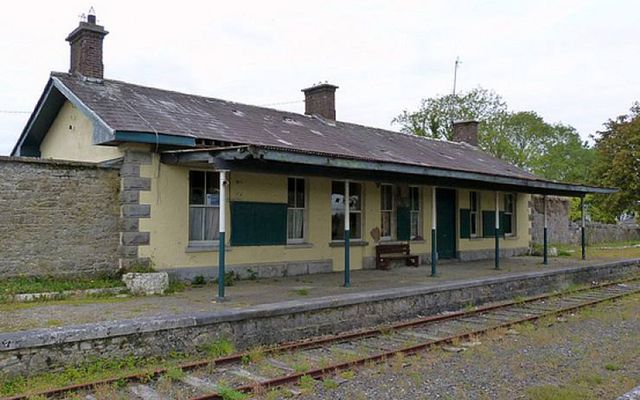 Fantastic news for fans of The Quiet Man as the iconic train station featured in the first scene of the movie is to be saved after last ditch fundraising efforts. The building, made famous by the John Ford classic, had been in dire risk of collapse but hope for its restoration has now returned with thanks to over $35,000 (€31,000) donated by eager fans.

The organizers of the Ballyglunin Train Station fundraising project have sent a “sincere thank you to everyone for supporting this worthy project” which saw the likes of Liam Neeson, Gabriel Byrne, and The Saw Doctors lending their voices to the call for help.

Renamed Castletown in the 1952 film, the train station was the setting for several important scenes but had been left in disrepair in recent decades, the roof starting to fall in about a year ago.

“We’ve lots of emotions running at the moment. We’re thrilled to have hit our target within the timeframe,” Mark Gibson, one of the organizers told Independent.ie.

“With the crowdfunding campaign, it’s a very intense effort over a relatively short period of time so we’re pretty exhausted at the moment but we’re relieved that we actually have hit our target.”

“If we don’t fix it this year, there’ll be nothing left and the whole project will fall apart,” the charity’s public relation officer Paschal Cassidy told TheJournal.ie earlier this year.

“It’s just been local voluntary groups and ourselves trying to keep it together but it’s got to the stage where if it goes that’ll be it. It’ll be very hard to come back from that.”

The charity had initially set a target of $34,000 (€30, 000) for the project but has so far raised over $35,000 (€31,000). After years of efforts, the group decided to look for international help with the fundraising project. Despite the huge popularity of the film in the US, however, the group almost fell short of their target until a final push saw them cross the line in the final 24 hours.

“It was an international fundraising campaign. A lot of locals had donated over the years and we didn’t want to have be going back to them again,” Gibson said.

“We knew there was a community out there between ‘Quiet Man’ fans and emigrants who had emigrated through the station that we could reach out to.”

“We need everyone’s help to save this iconic building so that future generations can enjoy and understand our past,” said Leo Moran of The Saw Doctors.

“The Ballyglunin Community Development Charity has huge plans to develop this amazing location however, if nothing is done, we’ll be saying goodbye to an important slice of Irish history.”

"The opening of ‘The Quiet Man’ in Ballyglunin station is unforgettable. [Actor] Barry Fitzgerald leads John Wayne and us, the audience, through a magic door into a mythical underworld, called Innisfree,” said the 67-year-old Dublin-born actor.

"I've long admired the film, and as well as narrating Se Merry Doyle's superb documentary ['Dreaming The Quiet Man'], I have presented ‘The Quiet Man’ at the Metropolitan museum in New York."

He added: "The image of Ballyglunin station is known to millions all over the world and is part of film archaeology.”